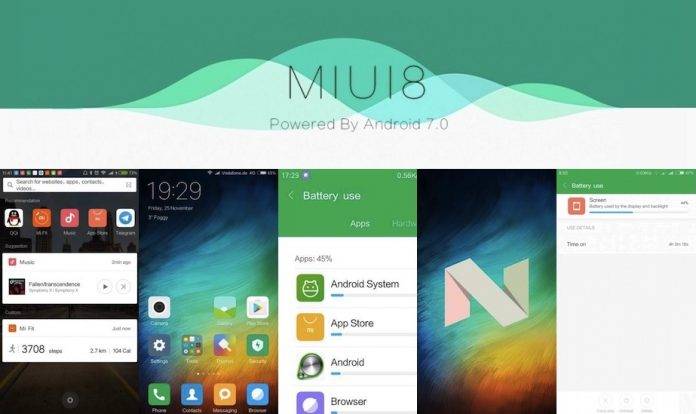 Xiaomi has been busy working on new phones and other products. Unfortunately, numbers of the mobile sales are not as good as the previous years but that’s okay since overall revenue wasn’t affected. Right now, the Chinese OEM is also pushing for expansion in the US. There’s clearly no stopping Xiaomi and it will only continue to keep its promise of offering the best products and services.

When it comes to getting the latest version of Android, the Mi 5 is the lucky one to receive Android 7.0 Nougat first. It’s still in beta mode. Actually, it’s almost in the Alpha phase as Alpha testers are now checking and navigating the MIUI8 with Android 7.0 Nougat.

Some screenshots were shared by the Alpha testers:

If you own a Mi 5 Global ROM, you could have signed up for this testing program but it’s already closed as of this writing. To review, the Android 7.0 on the Mi 5 may bring the usual Nougat updates like direct reply from notifications, Always On Display improvements, changing the display size, security fixes, more emoji, and those ‘double-tap’ and ‘lift to check phone’ gestures.

Of course, this Android update also brings with it the MIUI8. Some testers are saying that performance is more impressive and smoother despite the similarity in design from 2015.