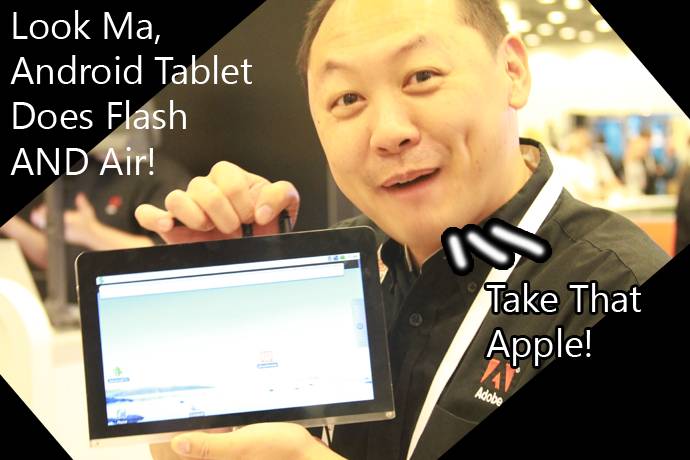 Are you tired of hearing about Flash on Android and not having it on your phone yet? I know I am and with that being said here’s another android device running not only Flash but Air and it does it flawlessly. If a prototype device like this tablet can do it, there’s no reason why finished products that are already on the market can’t (now).

These videos not only introduce a new Android tablet but it also shows the potential of having Flash on your device. They were taken was at the Web 2.0 Expo in San Francisco. We all are aware that Flash has been in development for over a year. It was first demoed on a G1 where it was running seemingly flawless. It’s rumored to be integrated in Android 2.2 will is could hit later this month or next month.

Oddly enough, there isn’t much information on this tablet other than it has a 10 inch multi touch screen.