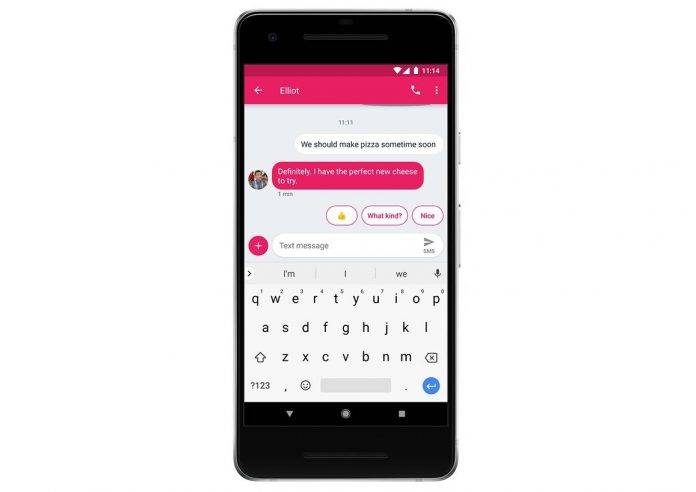 The Smart Reply option has become a staple in a lot of Google apps, including Inbox, Gmail, and Allo. And now it’s coming to Android Messages as well. It makes replying to your messages easier if you’re in a hurry and if you are given several options already, it saves you a bit more time. However, for now, this will only work for users who are connected to Project Fi, the mobile virtual network operated by Google and other carriers aren’t included in the game yet.

If you haven’t come across Smart Reply previously, it’s a feature that will give you options when replying to a message or email. And it’s not just random replies. It analyzes what the message is saying then make suggestions based on its content and based on what you usually reply if you’ve been using the feature long enough. Although the suggested replies are useful most of the time, there are also funny ones that come up every once in a while.

Android Messages, which has become Google’s go-to SMS app, will now have the Smart Reply options as well. This will save you time especially when you don’t have the luxury of composing responses quickly. However, this is only available for now for those who are in the Project Fi network. No news yet when it will roll out to other carriers, but it may probably take a bit of time as there are certain protocols to follow.

If you’re on the Project Fi network, it’s best to use Android Messages as Google is determined to push it as the SMS app, adding Rich Communication Services (RCS) features every once in a while.