A couple of things are nearing their own launches this year – that includes the OnePlus 3, the new flagship phone from OnePlus, and Android N, the new latest and greatest version of the mobile OS platform from Google. But even as those dates are coming, owners of the OnePlus 2 – last year’s flagship – were still waiting for that update to Android Marshmallow. Well, their prayers have been answered.

OnePlus has now officially announced the update to OxygenOS 3.0.2 for the OnePlus 2, the official Android 6.0.1 Marshmallow update of the said phone. The update will be rolled out via over-the-air (OTA) updates, in incremental fashion. This will mean that the update will arrive not all at once, but usually region by region. OnePlus says they hope to cover all OnePlus 2 units out there within the next 2 days. 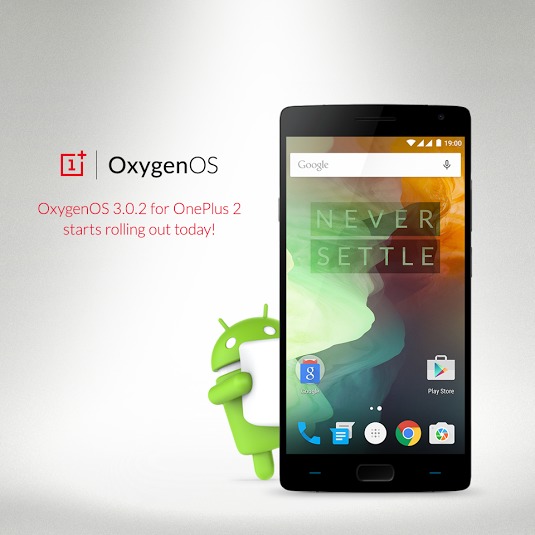 Marshmallow updates are not uncommon anymore, and most people know what to expect from it. This includes Android Marshmallow staples like Enhanced Doze mode for better battery life, new security fixes, the updated permissions and all that jazz. OnePlus has also made their own updates to the OxygenOS features which include a new camera UI and better auto-focus, the removal of MaxxAudio and Tuner to be replaced by Dirac HD Sound technology, and improved fingerprint sensor performance and recognition among others.

Make sure you get on a strong wifi connection when you want to update. Remember that this is a jump from Lollipop to Marshmallow, so the download might be a large-ish one. Just in case, you might want to back up your important data as well.