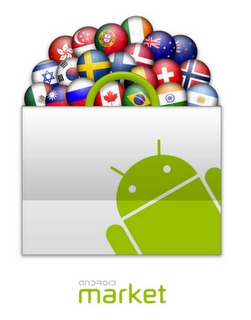 For users in these countries to be able to purchase apps they need to have the latest Android Market which is being pushed out now, and will reach all users by the end of this week. This update is silent, meaning that users will not see a notification or prompt to update.

This marks even further expansion of the Android Marketplace into other countries as Android is becoming a worldwide phenomenon.