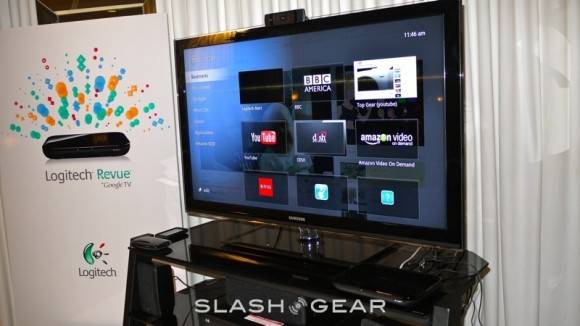 Google TV hasn’t been that popular so far despite the fact that the platform has some interesting features. The main problem is that many of the major content carries like the major TV networks and Hulu have blocked Google TV users from being able to view their content on the TV. One of the things that I think could save the Google TV platform would be access to apps from the Android Market on the Google TV platform

Apps on the platform have been mentioned before and are known to have been in development for a while now. A new version of the Android Market for the Google TV platform is now officially noted to be coming in the “very short term” and that announcement came directly for the GM for Google TV products at Logitech yesterday.

While the manager, Ashish Arora, stopped short of giving a definitive date for the launch of the Android Market on the Google TV Revue set-top box Logitech makes, he said, “It will happen shortly. It’s a given that it will happen this year, 100 percent.” He continued saying, “We’re talking about a very short term.” Arora also said that the apps offered for the Google TV “won’t just be weather apps.”