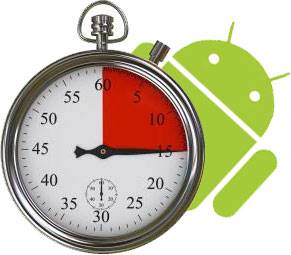 I must say this news is some interesting news that is for sure. Apparently more than a few people are upset with Google and their 15-Minute refund policy window in the Android Market (us included). According to the Taipei Times, the Taipei City Government recently learned of Google’s Android Market return policies — policies that violate Taiwanese consumer protection laws that require any product bought over the internet to have at least a 7-day “trial period.” This being a law throughout Taiwan it is causing a few problems for mobile markets like the Android Market and the Apple App Store.

I know this doesn’t concern many of us here in the states but it sure is interesting to see how things are playing out and I’ll be very interested to see the final verdict. According to sources the Taiwanese government gave Google a 15-day period to revise the policy of the 15-Minute refund window and replace it with the 7 day “trial period”, and apparently Google decided not to comply and did not change their policy. After facing a $1 Million dollar fine from the Taiwanese government Google decided to just remove ALL paid apps from the Android Market in Taiwan for the mean time, a decision that many are not to happy about and I don’t blame them.

We are suspending paid apps in Taiwan while we continue to discuss this issue with the Taipei City Government, Google Taiwan said in a statement yesterday.

From what I’m reading Apple also got the same wrap from the Taiwanese government yet they chose to comply with the 7 day trial period law. This makes us wonder what Google is planning regarding this entire situation. Google will most likely argue that the 15-minute window allows a user to download an app and try it within a matter of minutes and decide if they wish to keep it or opt for a refund. According to the Taipei Times the Taiwan’s Consumer Protection Act was recently updated but did not include things like app stores because they are a new trend in Taiwan at the moment. Either way this is a very unique situation and I think many will find this to be an interesting read.

For now paid apps will remain unavailable until some sort of decision or agreement can be made. Feel free to check out more on this story at the source below.