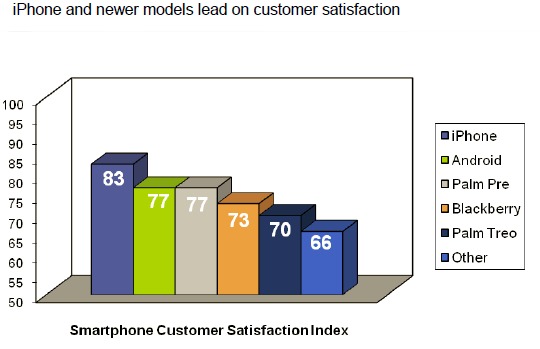 According the survey the iPhone has the most customer satisfaction at 83% and Android is tied for second with the Palm Pre at 77% satisfaction. The Blackberry sits in third with 73% satisfaction.

Rounding out the list is Palm Treo with only 70% satisfaction and other smartphones OS’ with 66% satisfaction. It’s worth noting that AT&T score lowest in customer satisfaction among the major wireless carriers.