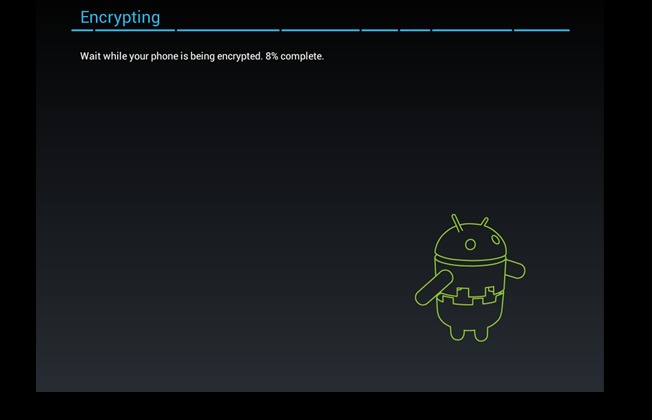 Just to set things straight, encryption of personal data has been available to Android users since 2011. It was one of those features that users rarely talk about and never get around to using. But with the spate of high-profile leaks of personal data – videos, pictures, and the like – a lot more people are now looking to security features in devices to protect sensitive and personal data. Enter Google’s announcement that the next Android operating system release – presently known as Android L and set to be launched pretty soon – will have encryption turned on by default for devices which will carry the new OS.

We can expect that on the newer devices that will run Android L, the activation procedures will now account for automatic encryption. This means that only someone with a password will be able to access all the personal data within the device. “For over three years Android has offered encryption, and keys are not stored off of the device, so they cannot be shared with law enforcement,” said Google spokesperson Niki Christoff. “As part of our next Android release, encryption will be enabled by default out of the box, so you won’t even have to think about turning it on.”

This seems to be a trend in device security these days, as Apple’s latest iOS 8 release also delivers encryption for its devices. Together, Android and iOS cover the large majority of operating systems that run on mobile devices and gadgets globally. The encryption in the new Android release will make it – at the very least – extremely difficult and close to impossible for law enforcement authorities to easily extract evidence from the said devices, even when they are carrying search warrants.

It will take a while for Android L to proliferate the Android ecosystem globally – it hasn’t even launched officially yet. So in this situation, Android will have a much slower path to tread with making sure that the majority of devices globally will soon carry the encryption feature than Apple’s iOS, which doles out their software updates centrally. Watch out for the Android L launch which should be happening pretty soon.