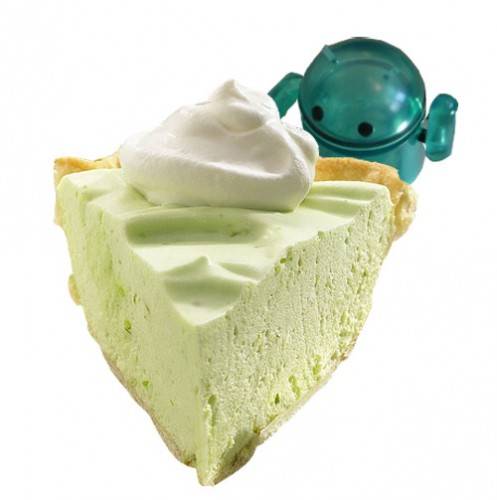 And now, for your morning dose of wild rumor and speculation. An anonymous source has tipped The Verge that the version following Android “Jelly Bean” (which, remember, has still not yet been confirmed by Google) will be christened “Key Lime Pie”, following in the company’s alphabetically sequenced dessert theme. There’s no telling what version number this would translate to, since Google has been inconsistent in its full numeral or decimal updates.

It goes without saying that this is unconfirmed, and should be treated as mere rumor at this point. Jelly Bean seems like a lock after what we saw at Mobile World Congress. That being said, Key Lime Pie seems as likely a name as any other, since there aren’t that many desserts starting with the letter K. (There aren’t that many for J either, unless you get region-specific and go for “jelly baby”.) Google’s the kind of company that thinks these things out in advance, so it’s certainly possible that they’ve got several names lined up for future releases. Take this all with a grain of salt, or in this case, sugar.

More interesting is how the version number of Android will progress in “Jelly Bean” and beyond. Google tends to save full numerical updates for major overhauls, for which both 3.0 Honeycomb and 4.0 Ice Cream Sandwich. Compare these to 2.1 Eclair, 2.2 Froyo and 2.3 Gingerbread, all of which were evolutionary updates. Even if Google decides to incrementally improve the solid base that Ice Cream Sandwich has established, since Android 3.1 and 3.2 came and went without formal codenames.