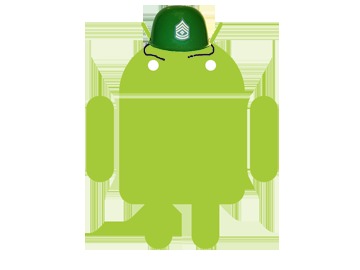 The power of the Android platform is now part of the Arsenal of Democracy. Reports are that the US Army has developed a prototype for a military grade Android smartphone to be carried by soldiers on the battlefield. The prototype is known as the “Joint Battle Command Platform” (JBCP) and is being developed by MITRE. An SDK known as the Mobile Handheld Computing Environment is also in the works for App developers.

The goal is to equip every soldier with a smartphone that will keep squads networked in battle. Apps will include a mapping function, force tracking with friend or foe technology, critical messaging for data exchange and medevac requests, and reports from the field. Part of the challenge in developing such a platform, however is connectivity and security. Usually, communications is the first thing destroyed in a military conflict, so how an Android smartphone will be able to operate without cell towers is a consideration. But there’s also security. The advantage of the Android system is that it can be employed on multiple device designs thanks to it’s open architecture. The downside is that open is a bad word for the security conscious. Military encryption is going to be vital. Should a phone be captured or recovered by the enemy, it would be a boon for intelligence.

There’s also the rugged nature of military operations. Can Uncle Sam develop a handset that can take the abuse of a combat environment? According to Army Vice Chief of Staff General Peter Chiarelli, devices are already being tested in the field with solid robust results. But the real problem is weight.
While civilian smartphones are weighed in ounces, the JBCP weighs in at a hefty two pounds! But that’s still lighter than the current Nett Warrior system which is currently in use.

But all that is far away as the JBCP is only in it’s infancy. Regardless of what design actually gets deployed, it represents a significant step in national security communications and one which should also have a dramatic impact on the private sector.