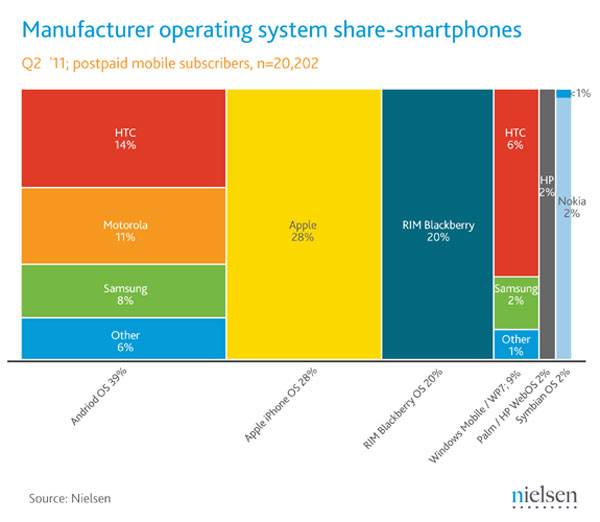 Nielsen has released its latest report on the top smartphone makers and OS in the US. The latest report is much like the ones we have seen in the past. According to the Nielsen data for June, Android is the largest OS in the country with 39% share of the market. Apple and iOS are second with 28% of the market.

HTC’s Windows 7 smartphones account for 6% of that OS market share. Symbian has only 2% of the smartphone market and is tied with WebOS. The total share of the OS market for Windows Mobile and WP7 is 9%.