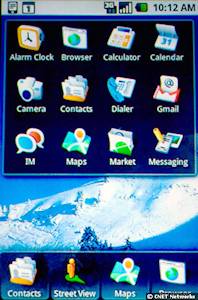 Gizmondo seems pretty keen on the idea of Android coming to their device. The Linux-based mobile operating system has been in the works for quite some time, but expectations are high that it will do well and Gizmondo is certainly paying attention.

Since Android is very flexible and many have already gotten a taste via the free SDK, an Android version of the Gizmondo may already be in the works! And check out this quote:

“We are excited about the potential of Android and have been working on an Android version of the Giz…Android would be a TERRIFIC addition to the Gizmondo and enable a TON of open source development.” – Rich Jenkins CEO Media Power Inc.

And though older Gizmondos may have trouble updating, new ones could revive the device by maintaining its commitment to being open source and allowing fresh content to make an appearance.