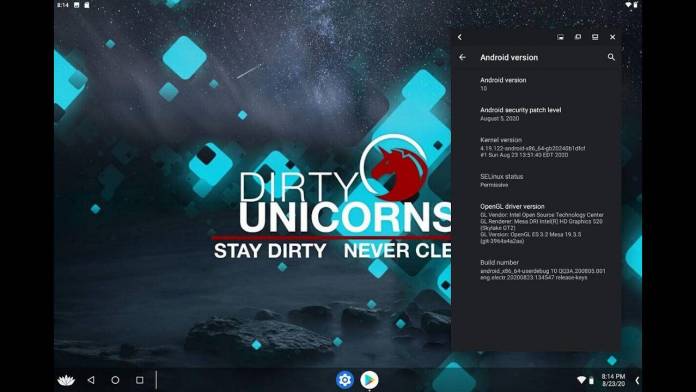 Android provides a sublime experience on a range of devices in addition to tablets and phones, but PCs are a little distant. Developers though port that experience with custom ROMs to PCs running on x86 Intel and AMD processors. In the latest such move, developers behind the Bliss OS have devised a project called the Android Generic that will make custom ROM porting to the PC platform really easy.

Android-x86 is a project that has allowed Google OS to run both officially and unofficially on PC with x86 processors. It forms the base for many custom options and basically Bliss OS also doesn’t deviate from it. The developers behind Bliss OS revisited their build script to arrive at a toolkit, which can build multiple Bliss OS versions, along with AOSP.

The ROM is the simplest version of AOSP that other similar projects can build upon to provide PC users a friendlier experience. The Android Generic Project employs Generic System Images (GSI) and Project Treble to generate the platform other custom ROM developers can use.

A Bliss OS team member, Jon West has released a quick proof of concept by running a custom ROM – DirtyUnicorns’ Android 10 offering on a PC using Android Generic toolkit (see above). Reportedly, Bliss OS is also using the toolkit for its own custom ROM. This really opens up some more possibilities for buffs who want to enjoy Android experience on desktops and laptops.