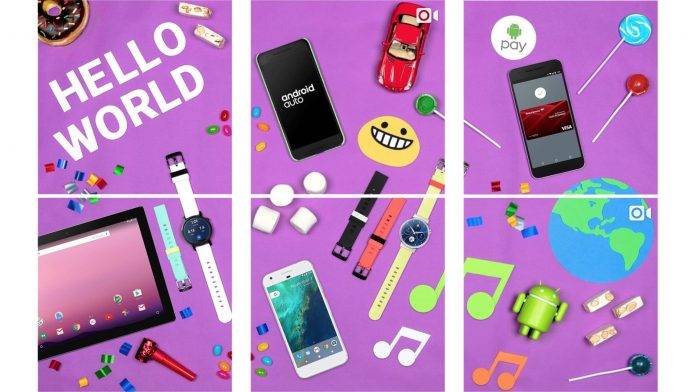 We all just probably assumed that Android has accounts on various social media platforms. But apparently, Instagram was one of the major ones that they weren’t on because after all, it is a visual medium and we’re not really sure what they can do there. Well, Google thinks they can do something to market themselves or just visually establish their presence on the photo and video sharing network as they have announced the launching of the official Android Instagram account.

There is nothing yet on their account that will give us an idea of what they plan to do with it. They have an initial post of 6 images (actually 5 pictures and 1 short video) that form a grid with various things like tablets, phones, smartwatches, and sweets over the years like Lollipops, Marshmallows, and of course Nougat. Their bio reads “a grid of sweet treats and #AndroidAdventures” but we don’t really know what that means.

Brands have normally used Instagram accounts to showcase their products or to run visually-driven campaigns, so maybe we can expect something like that from Google as well. Or they may totally surprise us and do something unprecedented or even use it to launch a new campaign. At this point, all we know is that they have an Instagram account and so that’s that.