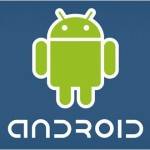 Google has confirmed that they have set up a team to provide technical support for the Android operating system in Taiwan. Presently, the support will be only for phones and declined the support will extend to low-cost Netbooks.

Google said that “Android is a free, open-source mobile platform. This means that anyone can take the Android platform and add code or download it to create a mobile device without restrictions. It was designed from the beginning to scale downward to feature phones and upward to MID (mobile Internet devices) and Netbook-style devices. We look forward to seeing what contributions are made and how an open platform spurs innovation, but we have nothing to announce at this time.” Except for Chien Lee-feng, President of Google Taiwan, confirming the organisation is setting up a support team in Taiwan.

Based on Linux, Android is so far available commercially only on the T-mobile G1 phone built by Taiwan-based HTC. Currently, the application is in its early stages. With developments such as support and a solid infrastructure base growing, the Android is coming.