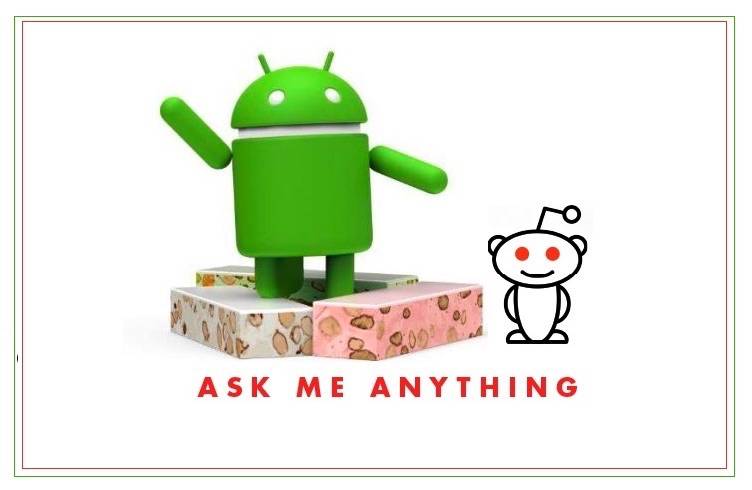 The Android engineering team excitedly held its first ever AMA on Reddit. You’re lucky if you were able to catch ‘/r/androiddev’ in real time so you could ask questions but it’s over now. We only have the link to peruse and comment on. The thread on Reddit is mainly about the Android Nougat whose final developer preview was recently released.

The Android devs shared the last release that centered on Security, Performance, and Productivity as main themes. Questions asked were mainly on the development features, SDKs, and APIs.

This was a chance to ask us any technical question related to the development of the Android platform. The Android engineering team was composed of eleven executives who all tried to answer most of the queries. Listed on the thread were the names of the participants plus the things they do for the Android division. They are as follows: Rachad Alao, Chet Haase, Anwar Ghuloum, Paul Eastham, Dirk Dougherty, Dianne Hackborn, Adam Powell, Wale Ogunwale, Rachel Garb, Alan Viverette, and Jamal Eason.

Here are some questions that were asked plus the answers provided by the Android engineers:

Q: Are there plans to improve/streamline handling of media functions like getting an image from the user?

Q: How often do you secretly curse some of the design decisions made in Android’s infancy daily?

A: Everyday. Daily. Every. Single. Day. Too often.

Q: Are there plans to start paying closer attention to the public Android bug tracker?

We’ve got a team dedicated to triaging public issues. There is a need now to prioritize issues but it will really take time because every one is addressed or fix.

Q: Will we see night mode in the official release of nougat?

The dark theme feature had to be reverted because of ecosystem problems but a there is a launch dark theme in support library. This way, apps can also benefit from the super-simple -night qualifier.

Q: What is the point of non support UI components anymore?

We’re ending support for older releases on a rolling basis, starting with API < 9 for our upcoming feature but we’re still committed to supporting the long tail of platforms with greater than 1% of users.