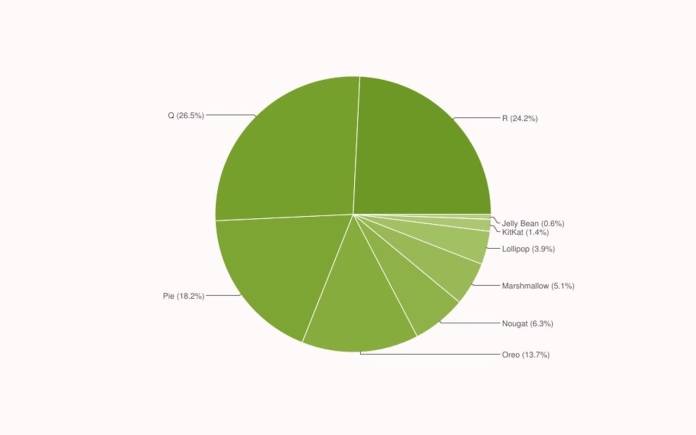 More OEMs are getting busy with development of Android 12 for their devices. A number of them have already made related announcements. At this point, about a quarter of all Android devices are now on Android 11. That is the current distribution but the numbers will definitely change by next year. Google has stopped reporting this figure but now we have information. Android R (Android 11) now runs on about 24.2% of all Android devices since September 2020.

Officially, Android 11 has been out for 14 months. The number is great but not as high when Android 10 (Android Q) was released in 2019. Combining the two Android versions, they now capture more than 50% of the market.

Android 12 will soon be join be joined by Android 12L which is more for phones with unconventional displays. However, that may take a while.

We’re crossing our fingers Google will report related numbers in the coming months. It has stopped reporting such for a while but now, the data may be useful to app developers so they have an idea what Android version most people are using.

Android Distribution Numbers are important. It’s up to every OEM or app developer to take advantage of data provided.