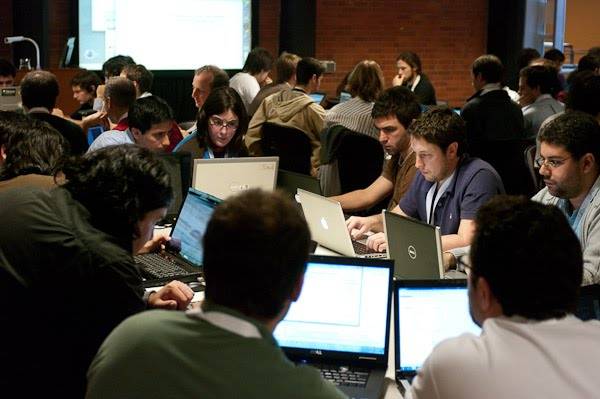 As you might know, a group of Android Developers have been traveling the earth setting up events such as Android Developer Labs all across the earth. They’ve been to Berlin – home of c-base and the Beuth Hochschule für Technik Berlin, Florence and the Firenze GTUG, and Stockholm and the Stockholm GTUG, but before all that was Droidcon UK! Man it must be an enjoyable job to work as an Android.

Android DEVELOPER I mean, of course. Noone there is an actual android, of course, of course. They’ve had Google Developer Days which are gatherings of like-minded hosting events dedicated to helping Android developers improve their skills. In Munich they were host to 1,200 developers from across Germany. During the afterparty they broke a Guinness World Record for … Blinkendroid. Lots and lots of Androids playing an animation over the lot of them. Fun!

They went to Moscow and Prague where there were 2,500 people in attendance. Take a peek at ALL videos from these events [here] and check out slides from the Russian sessions [here.]

The GTUG Hackathons were boot camps made for developers to again, learn and grow, and you can take a peek at the Prague Hackathon in 85 seconds if you want to get an idea of how large and awesome that one was:

Then it was on to South Africa (actually they say this part was before they went on the Europe leg of the tour, but since they’ve got it second in the report, we’ve got it second here!) They went to São Paulo, Buenos Aires, and Santiago, where they taught interested folks who wanted to know more about the project. The most interesting thing about this part of the tour is the amount of new Android devices they found. The image you see here is of a Brazilian Samsung Galaxy S that comes with a fold-out antenna that can receive digital TV off the air! 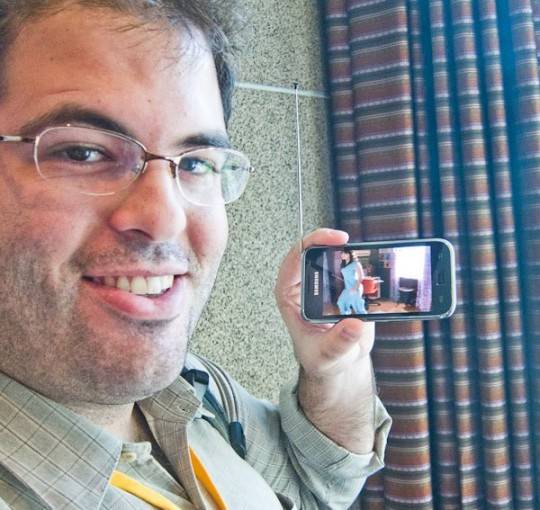 From there they went to Brazil and Argentina and Chile, each of which they said was quite different each of them with their own “scruffy-open-source-geek contingent.” Sounds fun! 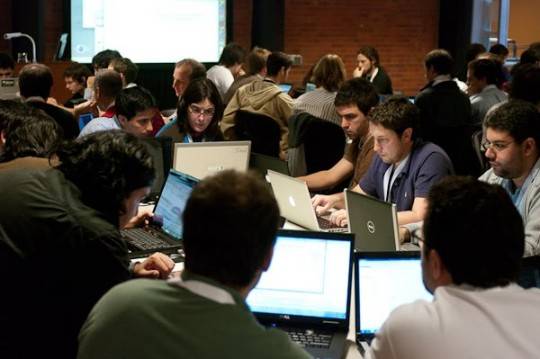