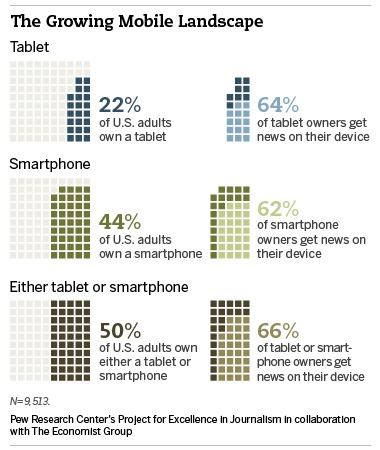 It was not long ago that Apple’s lead in the tablet market was so dominate that it seemed insurmountable. In fact, only a year ago, they had a staggering 81% of the tablet market share. Move forward to today, and experts suggest that they only have 52% of the market. That leaves Android-based tablets with 48% of the market, at least according to Pew’s report.

The Kindle Fire is clearly leading the charge when it comes to insane growth for Android-based tablets. Of that claimed 48%, 21% of them are Kindle Fires. This only stands to reason as the Fire just lowered their base model to $159. Amazon also just rolled out their new HD models starting at $199. In terms of pricing, it is hard for consumers to resist.

52% plus 48% equals 100% of the market, which leaves no room for other tablet operating systems. One would assume that Blackberry might at least have a small percentage of the market, but perhaps I am overestimating their popularity. Either way, this is great news for Android and not so great for Apple.