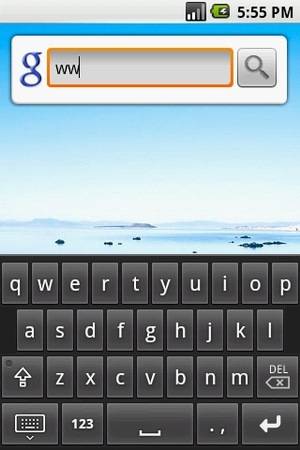 This week saw a few big stories for the Android platform, the most anticipated being T-Mobile’s official announcement of offering more Android-based handsets in 2009. A specific number was not given, but HSPA capabilities on these handsets are almost a given, with T-Mobile’s stance that they will have 3G data networks available in 300 cities by the end of 2009. This would make T-mobile highly competitive with Verizon and AT&T.

T-Mobile also released their Q4 2008 numbers, and the results left some wondering if the G1 was really able to compete with the iPhone, as it hadn’t drawn near the same number of subscribers to T-Mobile from previous carriers. Another factor to consider is the currently bleak job market and economy, and the possible unwillingness to pay early termination fees to switch for a new phone.

In other T-Mobile news, the first publicly available Android phone, the G1, is now available at all US company-operated retail outlets. Previously the phone was only sold by T-Mobile in markets with 3G connectivity, causing EDGE users the need to order online.

Interest has grown in the market of deploying Android, and not just in mobile phone applications. Fujitsu Japan have announced their “Service Built For Android” program, assisting companies in deploying the OS on everything from cars to embedded applications. Another option is Android Bootcamp, a week-long intensive course diving into everything needed to develop for the platform.

Several anticipated applications were released into the Android Market this week, including the Last.fm client, allowing personalized streaming internet radio content. Another app allows users (currently the Netherlands only) to use a form of “Augmented Reality” paired with their Android device’s GPS capabilities to get directions to the nearest ATM. A final version of Opera Mini was also released into the market, giving users a robust alternative to the built-in Android web browser.

General Mobile has announced their intent to bring an Android handset to the market, but the specifications are currently under review to ensure compatibility with the OS. When released, the handset would offer a dual-SIM function allowing two phone numbers (presumably one personal, one business or similar applications) to be used in the same phone.

Certainly weighing on everyone’s Android Brain is the impending availability of a new version of the OS, dubbed “Cupcake.” Users were able to see a video demo of the new features this week, as well as plug the new distribution into their desktop simulators to play around with it. Still not ready for general public consumption, T-Mobile and Google have not announced a specific time period for Cupcake’s release.