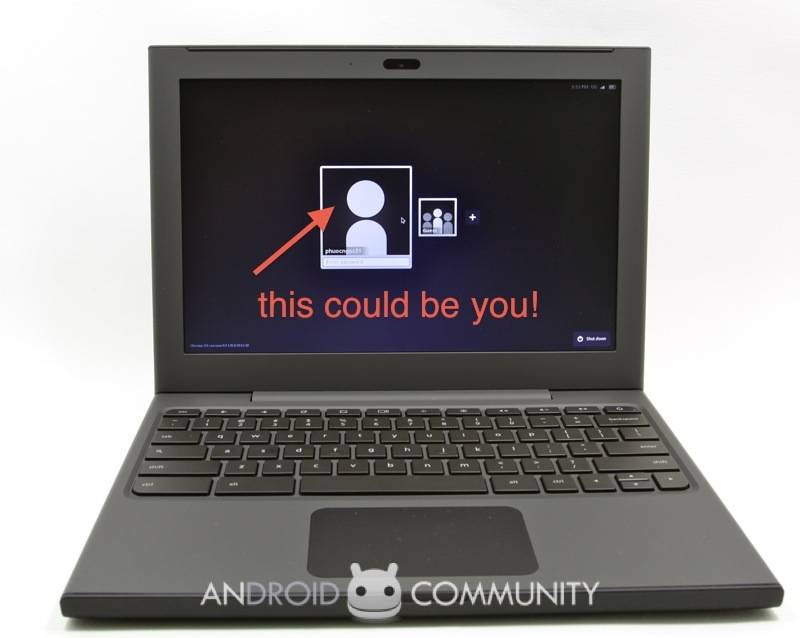 Notebooks running Google Chrome OS aren’t expected to hit the market until mid-2011, so until now the only way to get your hands on a Google laptop is to sign up to the search giant’s pilot program and hope you get picked to try out one of the 12.1-inch ultraportables. Now, though, there’s another way: Google has given us five Cr-48 notebooks to give away, two for Android Community members and three over at our sibling site SlashGear.

To take part, all you have to do is sign up as an Android Community member and reply to this post saying why you want a Cr-48 notebook, then send out the following message via Twitter:

Remember, Google is pushing their cloud apps in a big way with Chrome OS, and the Cr-48 is all about cutting ties and going mobile.

We’ll draw the first Android Community winner at random on Friday December 17 at midnight PST, and the second on Sunday December 19 at midnight PST. Unfortunately, due to the terms of Google’s pilot scheme, only US entrants can be accepted. Good luck!

The winners will be announced on Android Community and contacted via email or board message; they will be expected to respond within 24 hours else their prize may be forfeit and another winner selected. Editors decision is final and no correspondence will be entered into. Winner agrees that their name and details of their entry may be used for promotional purposes by, but not limited to, Google and Android Community.

Prize consists of two Google Cr-48 notebooks to be shared between two winners. There is no cash alternative. Should this prize become unavailable, Android Community and Google reserve the right to substitute another prize of equal or greater value.