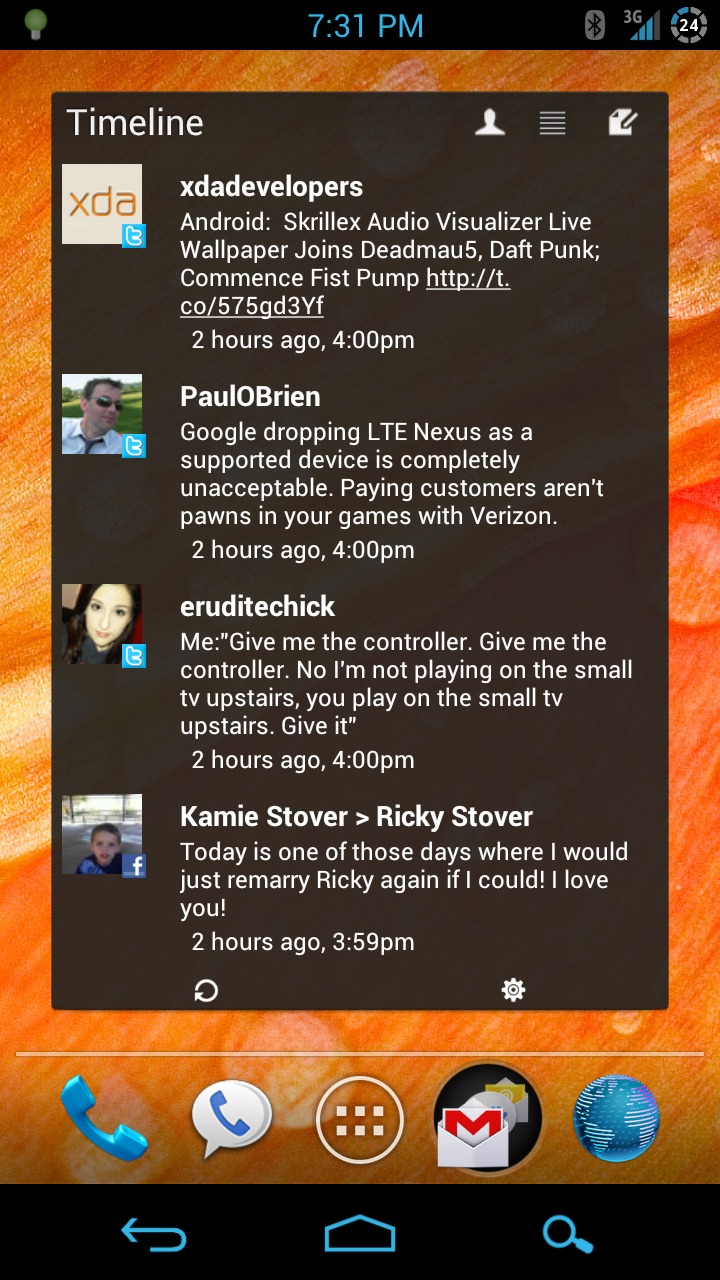 There’s a lot of options out there when it comes to third-party Android launchers, AKA homescreens. But when making the jump to Ice Cream Sandwich (whether through a new device or an updated ROM) all of them seem to leave something to be desired. I’ve tried out all my favorites on my Galaxy Nexus over the last two months, and the one I keep coming back to is Nova Launcher. It’s not that other launcher’s don’t work – it’s that Nova Launcher works better. This modified version of the open-source stock launcher comes from a familiar face: TeslaCoil Software, maker of the popular lock screen replacement Widget Locker.

Nova Launcher isn’t a fancy, flash home screen replacement, it simply adds in all the features that you wish the stock launcher already had. The most obvious of these include a landscape mode option and the ability to manually remove that annoying and persistent search bar at the top of the screen. Other small but extremely welcome adjustments include a scrolling dock bar, allowing up to three “pages” of up to 7 pinned apps or folder each. That’s a great way to keep your homescreens uncluttered.

Old custom launcher standbys include defining the number of active screens (between one and seven), setting all widgets to definable widths and heights, changing the number of rows and columns and (a personal favorite) enabling or disabling the text labels beneath shortcuts. Little touche abound, like dragging shortcuts to the top of the screen to uninstall their apps and a backup/restore function. Nova Launcher is designed for smartphones running Ice Cream Sandwich and won’t work on earlier versions of Android. It will work on ICS tablets, but not all that well. 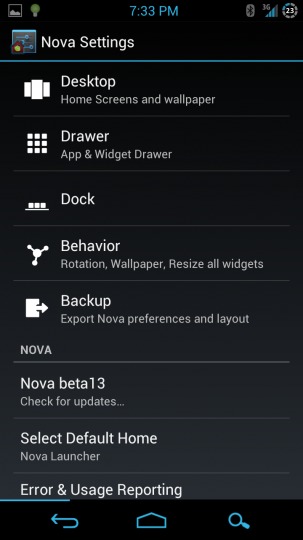 Nova Launcher is still in free beta, and isn’t yet available on the Android Market. There are two ways to install it: the basic non-Market method, and the rooted method. To get the full functionality you need to move the APK file to your system/app folder with ADB or a file manager. Don’t sweat it if you aren’t rooted, though: the only real difference is that you have to tap “widgets” in the app drawer instead of swiping. Check out the app’s current home, this XDA thread, to download the latest version. By the way, if there’s a feature you want to see, submit or vote for it on the User Voice page.