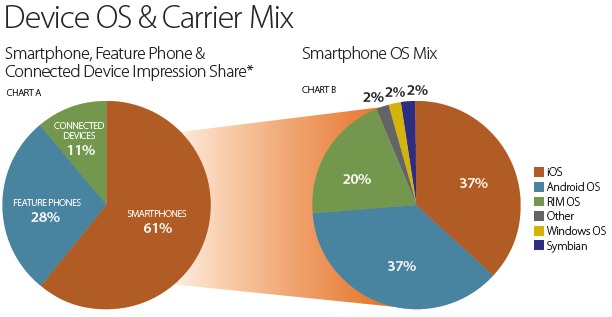 Android has now caught up to Apple in the US smartphone platform on the Millennial Media mobile advertisement network. Android has been close behind Apple in mobile ad impressions for quite some time now, but has now made it to an equal 37% share.

Android also has been gaining numbers in the way of times a mobile ad has been clicked on. In fact, requests rose a whopping 65 percent over September alone, and have grown a total of 2,182 percent this year.

It’s worth noting that Millennial Media is only one of the many ad networks available today. However, it does cover more than 80 percent of the mobile internet which results to about 73.5 million mobile customers.