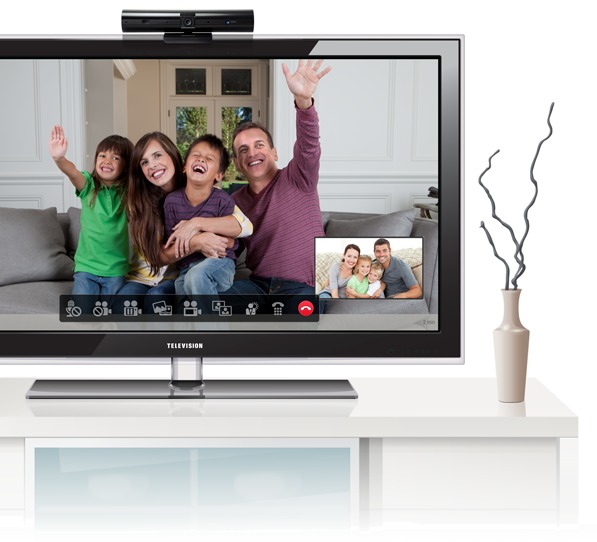 Android’s openness has been questioned as of late, but there’s no denying that the open-source operating system has a wide range of applications for those willing to explore them. Case in point: Tely Labs’ new video chat device, christened the TelyHD. The camera and Tegra 2 system-on-a-chip combination allows just about anyone to use Skype’s video calling feature without the need for any extra hardware. The company has partnered with Skype to ensure a smooth and self-contained experience.

Basically, the TelyHD is just a rather nice webcam and microphone combination with video and audio TV output, and a small Android-based box in between them to run the numbers. The OS displays on the television and connects to a local WiFi network, with a small remote controller to navigate the on-screen interface. While the TelyHD is compatible with Skype, it also communicates with other TelyHD units for free video chat plus a simple email/messaging system and photo management, ideal for the less technically inclined.

This system probably isn’t targeted at the average Android Community reader, but since it interfaces with Skype out of the box, it might be great for friends or family member who aren’t so geeky. That said, the combination of Tegra 2 and basic video out is interesting – with a little hacking, an Android-based Kinect analog is not impossible. The TelyHD system is on sale now, with a $249.99 price in North America.