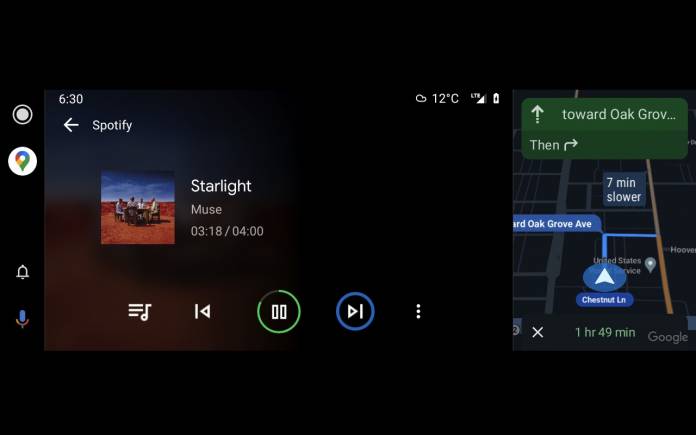 Android Auto is getting further updates. There is no official announcement from the Android Auto team but a thread on Reddit shows new features as part of the latest update. We’ve been anticipating in-car games and privacy mode. There was also a mention of the split-screen mode and it seems to be ready now to most consumers. Vehicles with a widescreen view can now take advantage of the update. This one allows users to simultaneously load and use apps on the bigger view.

The widescreen view means no need to switch back and forth between two mobile apps. You can see everything at a glance. The left side of the display shows the main app. On the right, you will see the second app but placed in a smaller box.

In the screenshot provided, the Maps on the phone is loaded on to the car’s display but in portrait orientation. Some other apps you can use in this view are your music player and navigations apps.

Note that not all Android Auto apps work in this mode. For one, Waze doesn’t load. That’s odd because Waze is an official Google app. Perhaps this feature is still in beta mode.

We also find it interesting that the widescreen view seems to be always running. You can’t use an app in full screen as it is set to run two apps. A lot of areas need to be improved when it comes to Android Auto. Let’s wait and see for further announcements.