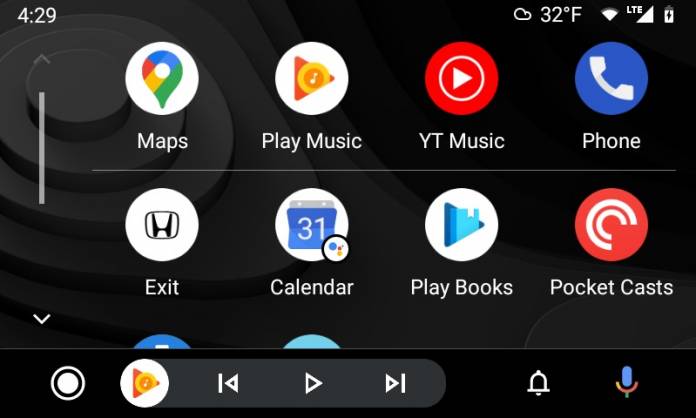 When you’re driving a car, you should be able to look outside and see what the weather is actually like. But just in case you don’t know which way is up, Google will now be able to tell you the exact temperature and weather conditions through your Android Auto dashboard. This is an improved version of the previous update last November that just gave a temperature. It’s probably a useless feature but at least you know it’s there if you need it.

Last November, Android Auto screens started showing a reading of the local temperature. It was useful but some people complained that the name of the toggle was misleading since it was named “Weather”. The display just showed the temperature and not the actual weather, even if you actually didn’t really need to know what’s the current weather anyway since it is assumed you can see it from your car windows.

According to Android Police, instead of changing the name from Weather to Temperature or something else, what Google has done now is to just add the weather part. If you’ve previously enabled it, you’ll now also see an icon representing the weather, alongside the temperature on the status bar. Again, it’s probably not useful since if you’re sitting in your car, it’s obvious if it’s raining or sunny or whatever, but it’s there if you need it.

There isn’t an official announcement from Google about it so we don’t know how many types of weather are represented, but reports say there are icons for sun, cloud, snow, and rain. What will probably be useful is an icon for conditions you can’t visibly see like icy roads, high winds, etc. The temperature part can be useful for some who would want to know if they should wear or remove their coat when going outside the car.

There’s no new Android Auto update so this is probably a server-side switch. If you’ve toggled Weather on in your settings, then this is something that should appear on your screen. If you haven’t turned it on yet, open the app launcher, go to settings, then unlock your phone and look for the Weather toggle.