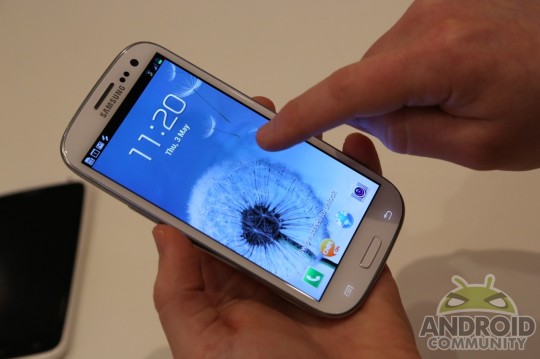 Q4 2012 was another bang up quarter for the likes of Android and Apple, with the two taking 92% of the smartphone shipments made worldwide during the quarter for themselves. That doesn’t leave much space for the other mobiles operating systems of the world, a trend that has been continuing for quite some time. These new numbers come from Strategy Analytics, which also says that smartphone sales were up year-over-year.

So, while it was a pretty good quarter for the smartphone market, it was particularly great for Android and Apple. According to Strategy Analytics’ data, Android was able to grow its market share from 51% to 70% year-over-year, with 152.1 million Android handsets shipped during the quarter. That isn’t bad at all, especially when you consider that only 80.6 million Android handsets were shipped in the year-ago quarter.

Apple, on the other hand, saw shipments rise from 37 million up to 46.8 million, undoubtedly helped along by the launch of the iPhone 5. Despite the jump in shipments, Apple’s market share actually decreased year-over-year, going from 24% to 22%. That’s where we see Apple struggling to keep up with Android – smartphone shipments were up in general, but many of those new shipments were Android handsets, giving Apple a wider gap to close between quarters.

As stated above, that doesn’t leave much room for growth for the other mobile operating systems out there, so it might be something of a fight for them to gain any significant amount of market share. 2013 will see the release of at least two new operating systems – BlackBerry 10 and FireFox OS – and you can bet that we’ll be keeping an eye on those to see how they perform. Is there a chance that one of them could topple Android in terms of market share? You never know, but that doesn’t look very likely at this point.