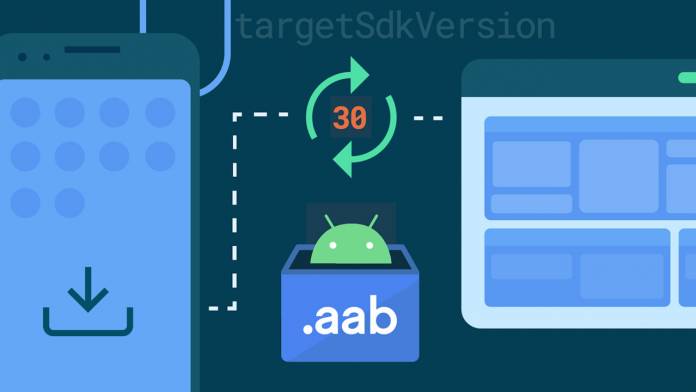 Superseding the long used APK format (Android Application Package) is the AAB format (Android App Bundles), which was introduced back at the I/O 2018. This new Android app distribution/publishing method is a part of Android’s modern development push. The AAB standard will soon become the default for all new applications published on the Play Store, starting August 2021. This makes complete sense as AAB format applications take up to 15-percent less space as compared to APKs.

For users it is great news since the apps will now take lesser space on the device and only the required resources will be downloaded. Apparently, over 1 million apps use the app bundles currently – including 1,000 popular apps and games like Netflix, Twitter, Adobe, Gameloft titles and Duolingo.

Developers will need to replace their APKs, as well as large expansion files (OBBs) with the Play Asset or the Feature Delivery. The Instant-enabled Android App Bundles will also take over the Instant app ZIP for the new/updating “instant experiences.” 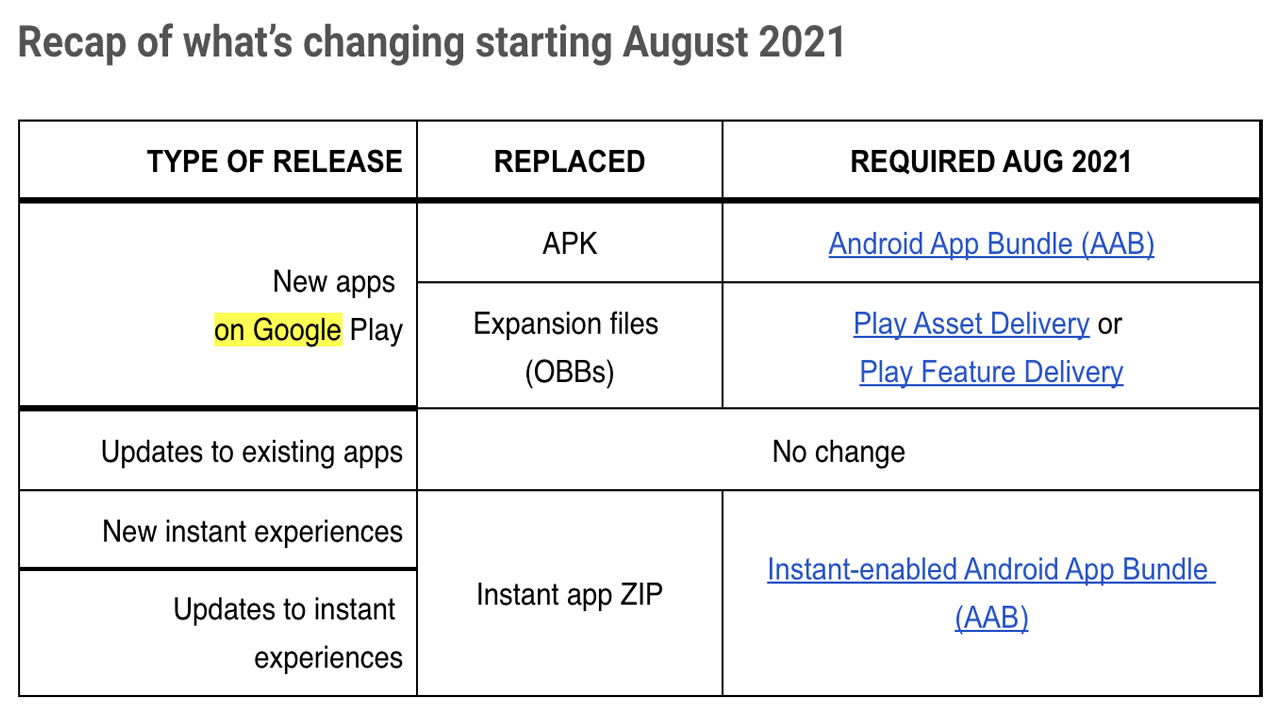 The older apps are exempt from this new standard requirement, and the change will only apply to newly developed apps published after August 2021. The private apps for managed enterprise users are also not bound by the new requirements.

There is no word yet as to whether the older apps will also have to make the shift eventually in the near future or not. A key element of the AAB process, the Play App Signing will leverage the APK Signature Scheme v4 to access the new performance features on future devices.

Again, the smaller size with Android App Bundles, as a result of the splitting up of the individual components of the app will drastically reduce file size. This move will please the users as well as developers alike. After all no one likes unnecessarily downloading large files, all at once on their phones.