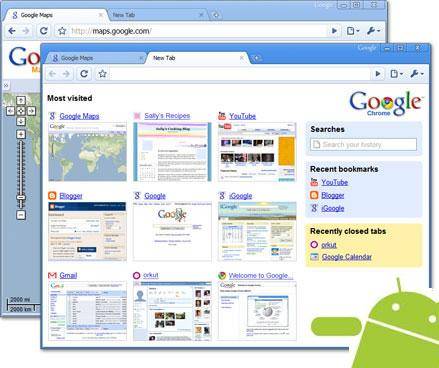 According to Google CEO Eric Schmidt, the company’s Android mobile platform and their newly-announced Google Chrome OS have “a great deal of commonality.”  In fact, according to the executive, the two OSes “may merge even closer” in the future.

Speaking at a press conference this week, ostensibly to discuss the new netbook platform but which covered various points of Google’s business, Schmidt and company founders Sergey Brin and Larry Page discussed the open-nature of the new platform.  While in their initial blog post about Chrome OS they indicated that it and Android would remain separate, and that “choice will drive innovation for the benefit of everyone, including Google”, there now seems to be signs that the two will shift from parallel to integrated projects.

The trio also discussed the nature of open-source software and how they do not envisage Chrome OS as a direct competitor to Windows.  In fact, Schmidt said, “Microsoft is welcome to put Internet Explorer on our operating system,” but that “it’s highly unlikely they would do it.  They would have to port it and the port is not trivial … the ball is in their court.”  Referring to Google’s well-known “do no evil” pledge, he highlighted the fact that because Chrome is open-source “even if we had an evil moment [to block out Microsoft], we would be unsuccessful.”

The first netbooks running Google Chrome OS are expected in the second half of 2010.