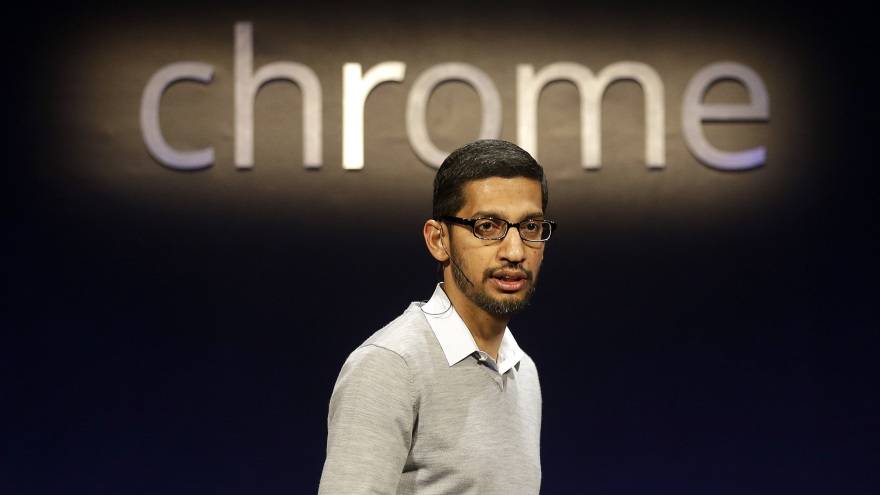 Twists and turns from Google are happening daily, it seems. Now we learn that Sundar Pichai, Google SVP and head of both Android and Chrome, is the front runner for the CEO vacancy at Microsoft. With Steve Ballmer leaving Redmond, many names have been tossed around, but Pichai comes as a surprise.

According to SiliconANGLE, this is no vacuous rumor, either. They’re reporting that Pichai is in final stages of discussions with Microsoft’s hiring committee, and is the leading external candidate. Internally, Microsoft is said to be interested in Satya Nadella, who has been with the company for 20 years.

Pichai has championed Chrome from the beginning, turning it into much more than a browser. He’s also adept at creating partnerships where it seems unlikely, as with Android’s KitKat handshake deal with Nestle. For what Microsoft wants to become, Pichai is quite honestly the best candidate.

Though the news is concerning to Android fans, it’s not done just yet. Pichai famously turned down Twitter’s top spot years ago, eschewing it for a reported $50 million payday from Google. Of concern is that Microsoft is more aligned with his role at Google than Twitter would have been, as Windows tries to be a mobile-first platform.

For what Windows is — and could be — Pichai wold be a formidable pick-up for Microsoft. Chief Analyst at Wikibon, Dave Vellante, said “The market has been looking for a CEO who can balance the role of leading the enterprise transformation while keeping that consumer momentum with xBox and reboot mobile. Pichai is the total package of technology leadership and business acumen”. We couldn’t agree more with his assessment of Android’s current chief.