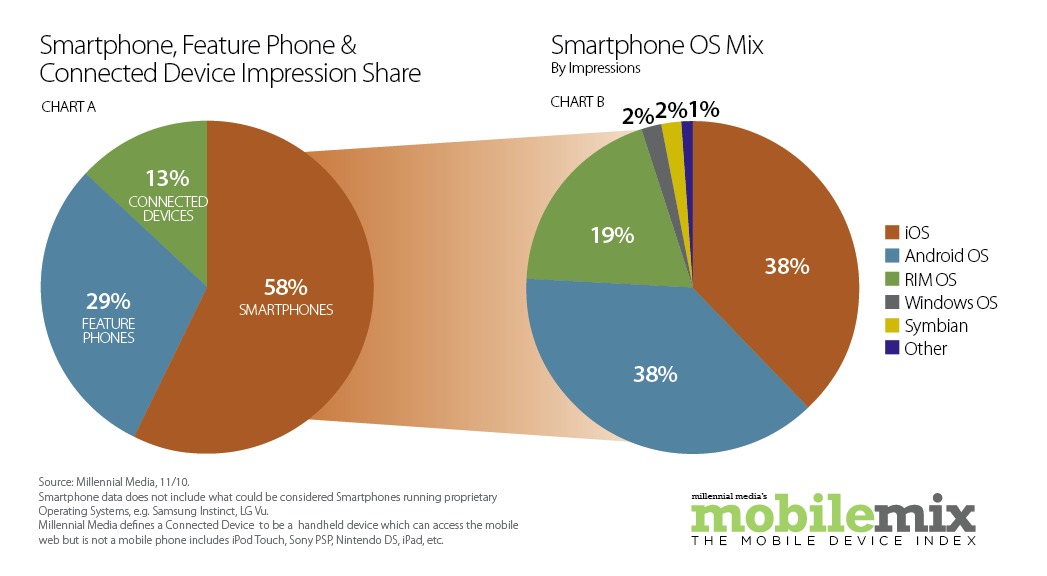 There are several different ways that analysts, and anyone else interested, can determine how well a platform is doing. While one way, perhaps the most preferred way, is to just look at the amount of devices being sold, or that have been sold over a period of time, another way is to look at the ad impressions generated by a particular platform. In a new report from the Millennial Media Network, it looks like Android may have hit a lull in ad impressions. This could be indicative that the mobile Operating System has plateaued.

According to the independent mobile advertisement network, Apple’s iOS and Google’s Android were tied for ad impressions once again this month, at 38 percent. The two mobile platforms were tied last month, too, at a total of 37 percent of total ad impressions on the network. There’s no denying that Android was on an incline, a sharp one at that, as the mobile platform’s ad impressions increased from 14 percent back in March. On the contrast, Apple’s iOS dropped from 70 percent at the same time period.

The results have people speculating on both sides of the fence. This could mean that Android’s growth has tapered off, even with 300,000 units being sold every day. On the other side of the coin, it could be temporary, and that previous growth we’ve seen over the last few months could kick back into gear, with the release of more tablets, devices, on networks around the world.

A bright spot is seen by Millennial Media Network in the Android applications. They noted that, applications on the Android platform accounted for 54 percent of the platform mix by revenue for the month of November. That’s compared to the 39 percent from iOS. For Android, that’s a 10 percent growth versus the previous month.