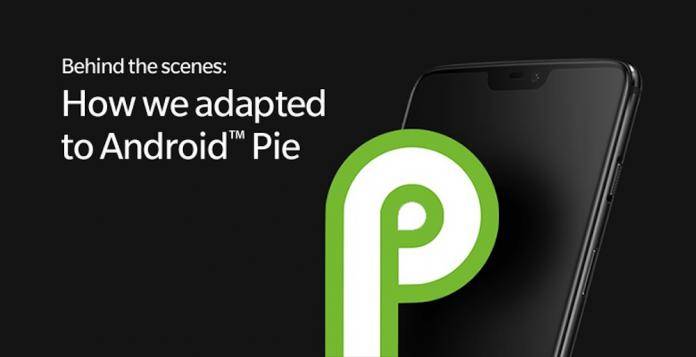 Because OnePlus never settles, the Chinese OEM was quick to release the latest Android 9 Pie update in the form of the OxygenOS 9. The OnePlus 6 is ready to receive a slice of the Pie. This means owners of the latest flagship phone will be able to take advantage of all the Android 9 features and enhancements. The OnePlus team seems to very proud of this accomplishment because not many companies are able to make public their Pie updates this early.

When Google officially announced Android P, OnePlus was one of the few partners that were tapped to get an early preview for the developers. The OnePlus team worked hard to ensure its loyal fans and phone owners would get Android 9 Pie ahead of other Android users.

Development went on from the first preview to the fifth one and now, the commercial version is ready. OnePlus was fast. It’s possible so we don’t understand why other tech companies can’t do it. But then again, OnePlus has an advantage because it has only a few Android models out in the market.

OnePlus wanted to take the lead and so they did. And so what did OnePlus do exactly? It’s simple: test hundreds of smartphones simultaneously. This way, the developers were able to see if the system was stable enough among numerous units. The goal was to see what happens to the OnePlus 6 running Android 9 Pie whether it freezes, restarts, and flashbacks while under high pressure.

OnePlus tested some apps and features from the camera to the launcher and several core processes for app compatibility and system stability. It’s normal that when a new Android version is out, most apps will be incompatible. OnePlus managed to check some apps so they will work on Android 9 without any issue or at least see what could be the problem in the future.

The OnePlus team worked closely with Google and Qualcomm to make sure common problems are addressed. Some of the major improvements include the brightness controller’s lowered sensitivity, more mature app forecasting with AI, and an emergency rescue function.