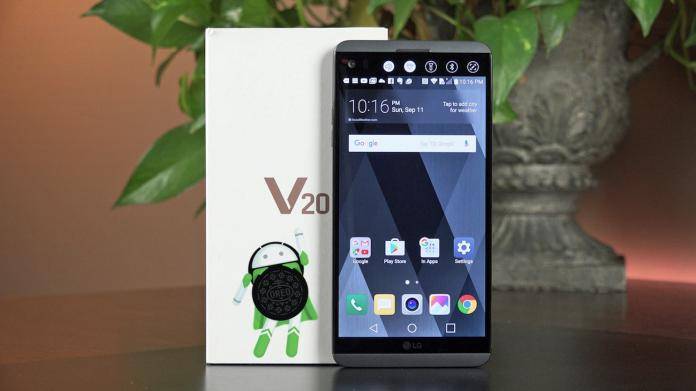 More devices are getting the latest Android update. Well, it’s not exactly the Android 9 Pie update yet but only Android 8.0 Oreo for some LG phones. First in line is the LG V20 in Canada. It’s finally getting a taste of Oreo perhaps before the slice of Android Pie is served. That one may come later this year or in early 2019. We’re not forgetting about the Oreo and we’ll continue to update the community when and what new phones will receive such.

After the LG G6, here’s the LG V20 ready to receive Android 8.0 in its native country. Other key regions will follow soon. As with other Oreo upgrades, the V20 will receive autofill, notification grouping, picture-in-picture support for video.

Other new features the LG G6 will get include those camera functions found on the LG G7 ThingQ like AI for optimization of images captured in low-light plus the Bright Camera feature, Flash Jump Cut (burst photos), and Timer Helper.

The LG Q6 is also being updated to Android 8.0 Oreo. Specifically, it will get Flash Light, DTS:X support for 7.1 channel 3D surround, and Flash Alerts.