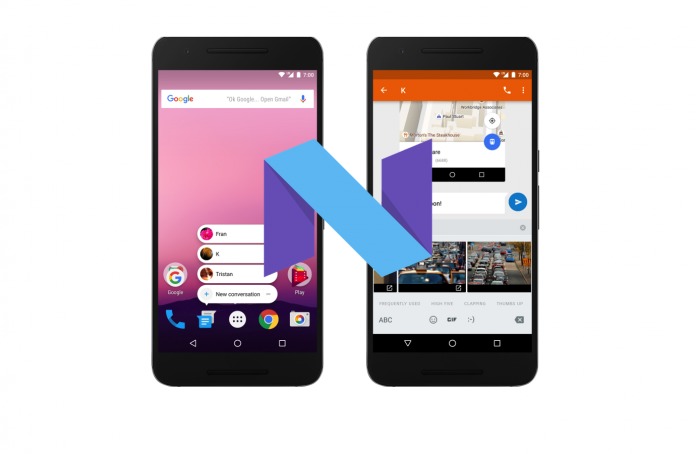 We think it’s good that Google released the Android N Developer Preview and launched the Nougat earlier this year. This way, more devices can get their updates also earlier than usual. It’s not always easy for OEMs and mobile carriers to work on each and every update but at least, the chunky Android has got a head start. While other phones are still waiting for Marshmallow, here is Nougat being prepped for 7.1 already.

The Pixel and Pixel XL phones were rumored to have Android 7.1 at launch and then just last week, an Android 7.1 changelog shows Pixel exclusive and non-exclusive features.

Google has officially announced the Android 7.1 Nougat. It comes with new features that will benefit more developers and consumers. Expect A/B system, Daydream VR support, image keyboard support, and app shortcuts. The tech giant has started working with other companies to prepare their devices for the new version.

Consumers will soon be able to access the Android 7.1 Developer Preview. You can test the new Nougat and start building on it. You can already try all features but through Android Beta only. Expect improved performance, security, and productivity of the earlier Nougat but with new APIs, features, and several bug fixes.

Android 7.1 brings the App shortcuts API (API level 25) that lets developers to surface key actions directly in the launcher. This can take app users deep into your app quickly. Shortcuts can be created dynamically or statically.

Other important developer features added to Android 7.1 include image keyboard support and Storage Manager Intent. The latter allows the app to take the user straight to ‘Settings’ to free up space and clear unused files. Developers can test their apps on the Developer Preview and take advantage of the SDK, APIs, emulators, device system images, tools, samples, and documentation.

Check Android Beta if you want to automatically get the Developer Preview on your Pixel C, Nexus 6P, and Nexus 5X. Future updates will be ready for the Nexus, 6, Nexus 9, Nexus Player, Pixel, Pixel XL, and Android One devices.