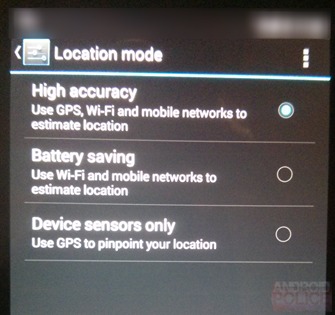 As the expected unveiling of Android 4.4 KitKat draws closer, rumors, tips, and theories about the new version of the Android operating system are starting to flow. In this round, we’re hearing that Android 4.4 will be sporting not only a more sensible layout for the Location settings but also a new feature that could help trace battery-draining GPS-using apps.

The current Location access screen has several options that toggle Location information on or off, as well as which sources can be used to gather that information. The layout does work, but doesn’t really give users reasons why they should prefer one source over another. A leaked screenshot of the new settings page, now renamed Location mode, shows more descriptive text pointing out the differences among these options. Unfortunately, it seems that the somewhat subtle warning about Google collecting WiFi and mobile network location data has also been removed, and it is doubtful that Google has changed it practice.

One new feature that is expected to come is a listing of recent location requests. This page will be enumerating the apps and services that have most recently used the GPS to get location information. This can help users trace which apps or services continually or regularly activate the GPS, which can drain battery considerably when left unchecked. At the moment, the list doesn’t seem to be detailed enough, but hopefully that will improve later on. 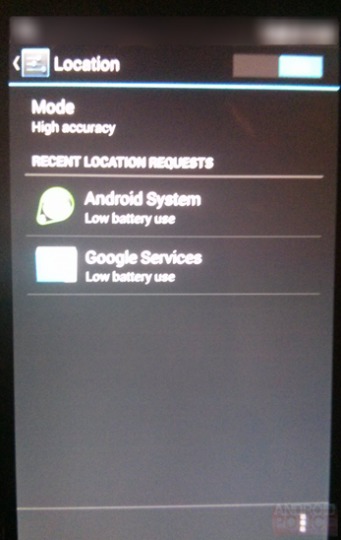 Of course, these are all speculation and leaked screenshots, so there is always a possibility that some, if not all, of these might not happen. But if even half of these rumors and theories are correct, Android 4.4 will be looking quite polished and refreshing indeed.