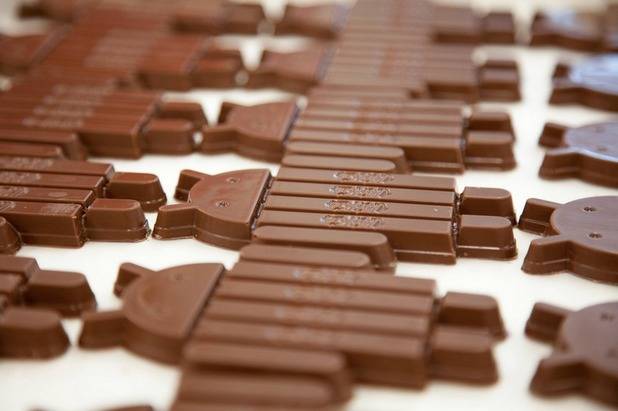 Android 4.4 KitKat is coming, and coming soon. While we all sit here and patiently await more details from the folks at Google, others are looking around for any sort of indication that a final build is coming soon. Well, today’s latest news comes from the Chromium Bug Tracker, which spotted a build of KitKat from just last week.

The folks from Droid-Life stumbled upon some details that found a rather new version of Android running around, and one we hope leaks on video soon so we can have an idea of what to expect from Google’s latest mobile OS. The Chromium Bug tracker spotted Android 4.4 KitKat build KRS74D this week.

In case you didn’t know, the K stands for KitKat (or Key Lime Pie) just like all current releases have a “J” for Jelly Bean. As for the rest of the numbers, the folks over at Myce had a detailed description of how the build is named.

The build number KRS74D likely means that it is Kitkat / Key Lime Pie (‘K’) builds from the primary development branch (‘R’). Made in the third quarter of this year (‘S’) and the final number is x-the day in the quarter, in this case 74. The final character marks the build of the day, the D is the fourth build of that day.”

So going on that guideline this latest version of Android is from September 12th, if Math is correct, and probably one of the newest builds out and about. Aside from anything being pushed out this week. The leaks of new colors, Google Now cards, and the Nexus 5 all coming with KitKat in late October are starting to pile up.

We have a feeling a mid October announcement will take place, with the Nexus 5 and KitKat launching on October 31st, or sometime in November. Which is when previous Nexus phones landed. In November.