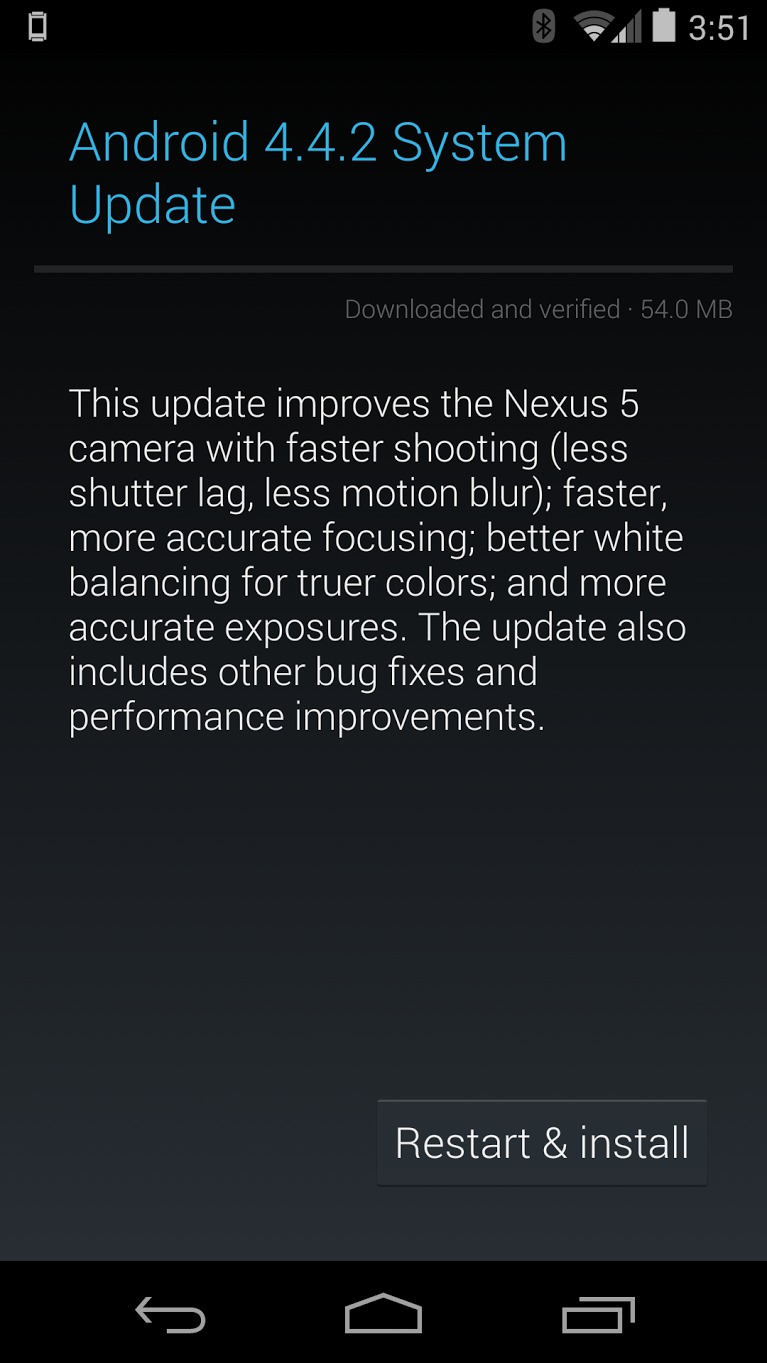 In the midst of Android 4.4 being updated to 4.4.1, some users are reporting another update on top of that one. This one brings the Nexus 5 to Android 4.4.2, and it’s all about the camera. Google is hoping to make the camera faster, better, as well as taking care of the infamous “bug fixes”.

The full dialogue of the update, which you can see above, makes it pretty clear what this one is all about. It’s also a bit confusing, since the 4.4.1 update was supposed to take care of our camera woes and wants. Either it didn’t, or Google just had more work to do. The language in the update is similar to what we knew of the 4.4.1 update: faster shutter, better exposure, etc.

It also puts Nexus 5 owners two full updates behind, if they haven’t yet received the 4.4.1 update. We’re not sure if this means they’ll skip the 4.4.1 update altogether, or if they will simply get the two back-to-back. Either way, it’s a confusing picture Google has painted.

Some are even reporting seeing the update on their Nexus 4 and 7 devices, though we aren’t sure if they’ve been side loaded or not — or if they’re accurate. Either way, while we appreciate the updates, we’d rather see Google get it right the first time, even if it meant we had to wait a bit longer. So far it seems like we’re seeing a camera update to the camera update, and that smacks of turmoil on Google’s end.