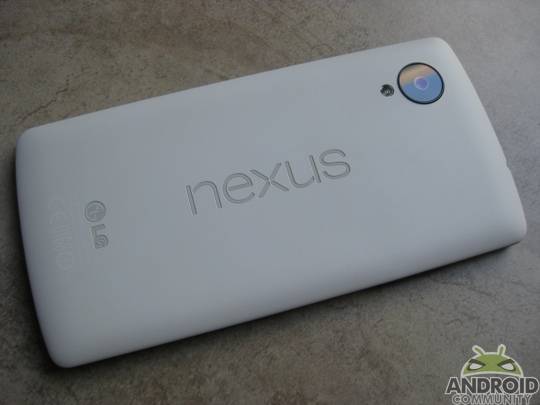 While the Nexus 5 seems to have stepped up a bit in terms of the camera, things were not quite as perfect as many had been hoping for. Overall the handset is able to take some decent pictures, but there are frequent complaints about the shutter speed. We have been playing with third-party camera apps and have seen some improvement there, but it appears as if Google is getting ready to push out a fix.

The fix will be arriving as Android 4.4.1 and is expected to be arriving soon. Well, the rollout is expected to begin in the next few days. The Verge recently spoke with David Burke, Google’s Director of Engineering for Android and as a result, it looks like some details of the update have been revealed. Comments from Burke touched on how the 4.4.1 update would improve auto-focus and also the overall speed of the app.

This update will also be adding a new progress indicator in the HDR+ mode as well as improvements around exposure and white balancing. That all being said, it seems this update is addressing some of the bigger issues we have been seeing, but it also doesn’t appear as if this will be a magic fix for everything.

To that point, David Pierce from The Verge mentioned that after spending a day with the updated software, “there’s still plenty of work to be done.” But on the positive side, he also mentioned the “changes are clear.” Basically, it appears as if Google has taken a step in the right direction with the Nexus 5 camera.

With Nexus 5 sitting ready, we look forward to doing some testing once the update notification arrives. In the meantime though, a few sample before and after images were shared.