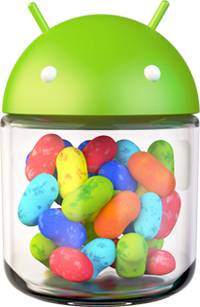 Putting aside the argument of whether or not a malware scanner is needed on an Android device, lets talk about the scanner that is available on devices running Jelly Bean. Or more specifically, for those running 4.2. The key here, according to data coming from a recent test, it appears as if only a small amount of malware is being picked up this Google offering.

In this case, the testing was done by Xuxian Jiang, who is a professor of computer science at North Carolina State University. Jiang used a Nexus 10 tablet running the latest version of Jelly Bean. In his test, he checked 1,260 samples of malicious apps and came back with a detection rate of only 15.32 percent.

And for those looking for the actual number, 193. The scanner was able to properly report 193 of the 1,260 samples. The potential issue here, according to Jiang, many of these samples were previously made known to Google. Simply put, it seems that the scanner is not picking up on items that should have been positive. To be fair to Google, Jiang did mention that the “mechanism is fragile and can be easily bypassed.”

Those with an Android 4.2 device will have this turned on by default, though it can be turned off rather easily by navigating into Settings -> Security. The one plus here, this is able to check any and all apps that you have sideloaded. Anyway, we can certainly hope that Google makes some improvements, however there are plenty of third party alternatives available in the meantime. It is also important to note that these third party alternatives will protect those using something older than Android 4.2.