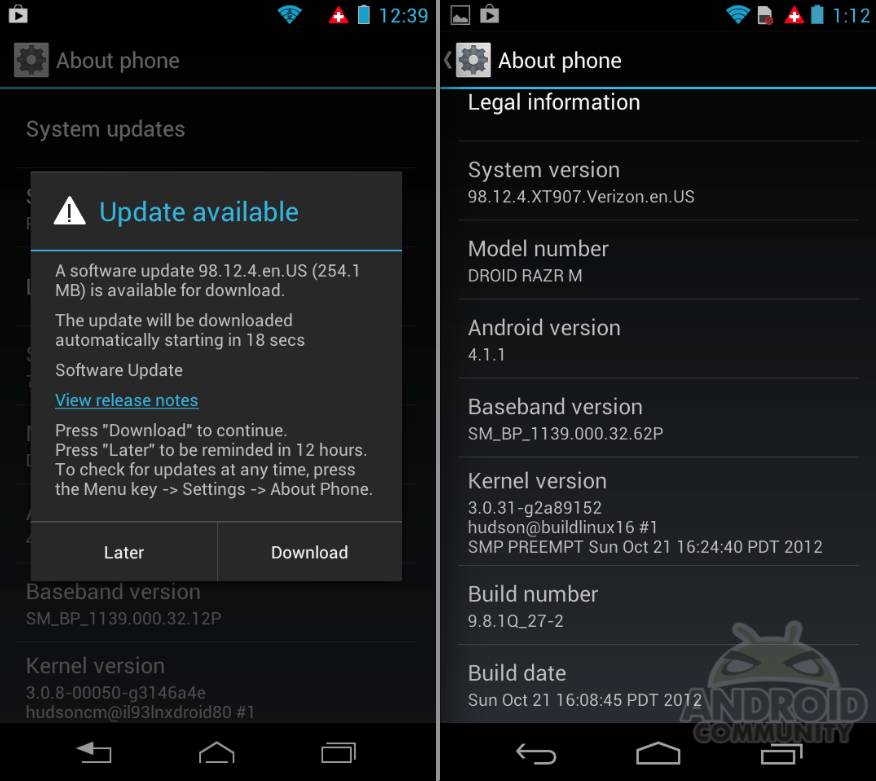 Late last week we shared some news that the Motorola DROID RAZR M was set to receive android 4.1 Jelly Bean in the coming weeks. Motorola stated the RAZR M would be the first of many to receive the update, followed by the RAZR HD and more. Today we can confirm the update has indeed started rolling out from Motorola and Verizon, and is arriving on RAZR M devices as we speak.

True to their word, Motorola is set to bring updates for their popular Android devices in a much faster manor than we’ve seen in the past. Something that we’ve been highly critical of Motorola for in the past. Back in September they stated they’d be issuing updates faster for all devices, and today that’s been confirmed.

The DROID RAZR M has barely been available two months, yet Motorola’s already updated it to the latest version of Android — that being Android 4.1 Jelly Bean. Today however 4.2 has finally been released, but before today this was great progress for Motorola. With Android 4.1 Jelly Bean the DROID RAZR M (and essentially the RAZR HD, Atrix HD and more) will all get some much improved features and an even better Android experience.

You can now enjoy Google Now for all the siri-like features (and more) you’ll ever need, improved notifications that are expandable, project butter for even faster performance and much much more. Motorola’s also removed their ugly squared on-screen navigation buttons in favor of a more stock Android 4.1 Jelly Bean look as Google’s intended — as you can see from my screenshot above. The update should be arriving for all DROID RAZR M users over the next few days, so be sure and check for updates right this minute if you don’t want to wait. With faster updates, a new software Test Drive program and more, Motorola is slowly but surely getting back on track again. Thanks Google!