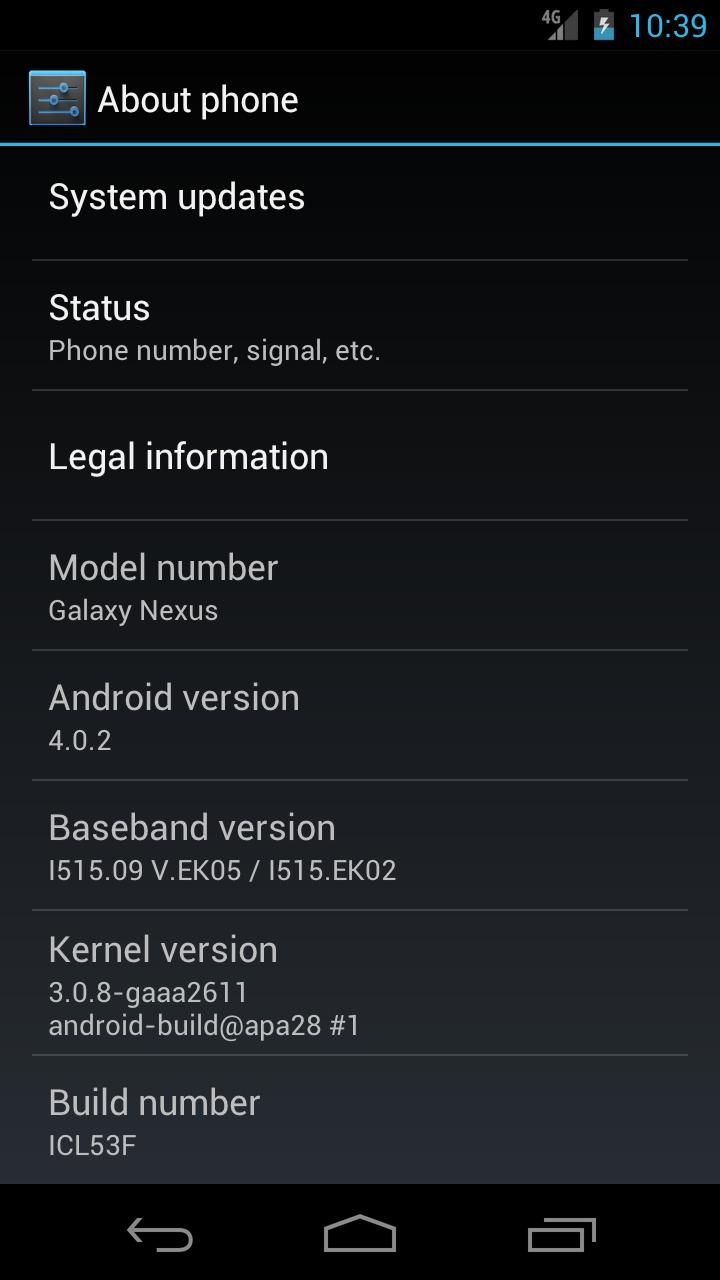 Whoa that sure was fast. Google isn’t wasting any time and have already announced the next incremental update for the Android 4.0 Ice Cream Sandwich platform. We just received 4.0.2 on our Verizon Galaxy Nexus phones yesterday and it looks like 4.0.3 will be here very shortly. That is the wonderful part of owning a Nexus — it gets all the updates right away. All the details are after the break on the new update.

Soon we’ll be saying hello to Android 4.0.3 as it should rollout in the coming weeks. Along with the changes are plenty of API updates and tweaks for developers to take advantage of. Some of those include access to social integration like how Google+ and Gtalk have now and more. Here is the list right from the Android Developer Blog.

— Social stream API in Contacts provider: Applications that use social stream data such as status updates and check-ins can now sync that data with each of the user’s contacts, providing items in a stream along with photos for each. This new API lets apps show users what the people they know are doing or saying, in addition to their photos and contact information.

It looks like the API changes will give developers and applications more access to the camera and calendar, improve tons of access for screen readers and text-to-speech engines and more. Then at the end it mentions improvements to graphics and even spell-checking — I’m excited to see what more they bring to that area as it’s already quite excellent.

Bring on the Ice Cream Sandwiches Google, we’ll take them all.