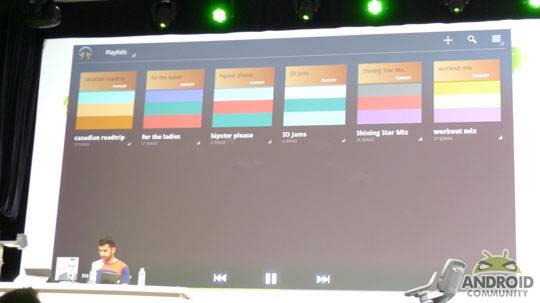 Google I/O continued this morning in the official keynote with technology that included face and head detection, mouth, eye, eye detection, all of these on Android 3.1 Honeycomb, an update that would be coming out on Verizon first and exclusively. Whether or not this update would soon be coming out on other carriers or not would be spoken about soonish – we hope. All of this was being demoed on a Motorola XOOM tablet.

Android developer superstar Anand on stage demoed that the device would soon be able to detect who is speaking in a video and focusing on them depending on when they’re speaking. This is only the tip of the iceberg – the most important bit here may be that this entire experience is done on a XOOM. See here the original announcement and a quick features rundown: