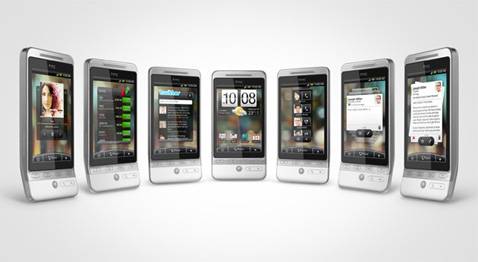 When news about Google doing everything they could to revamp Android’s stock User Interface in the upcoming 3.0 update, better known as Gingerbread, broke, everyone was immediately asking the necessary questions: what about all the companies out there that have implanted their own custom skins? Of all of them, HTC’s Sense UI is probably the best known, and most widely desired. If you were worried that HTC wouldn’t be able to use Sense on Gingerbread, you can start breathing a bit easier now.

This is what Drew Bamford had to say about the whole situation, while speaking with Forbes:

Google, too, has indicated that it wants to make the next (3.0) version of Android more polished and user friendly. Industry observers have speculated that manufacturers like HTC will make fewer alterations on their Android phones as a result. Bamford, however, says he doesn’t expect Google’s tweaks, which are scheduled to debut before the end of the year, to affect his work. “Google may focus more on improving the user interface on the stock Android [software], but I don’t think they’ll preclude manufacturer customization,” he explains.

So, as you can see, Google still plans on making Sense UI a major component to the Android Operating System. No matter how much Google may alter the standard UI for the rest of us, there’s still going to be people who prefer Sense, and others who don’t. The truth is, until we see some screens of Gingerbread on an actual device, none of this really matters. We’ll just keep counting down the days.