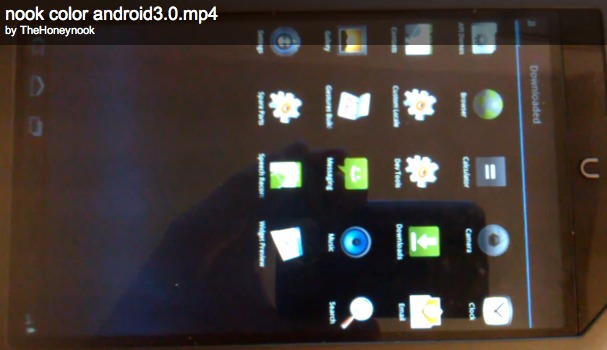 Would you like to see Honeycomb running on a Motorola XOOM? Wait a second, that’s not gonna happen until we show it to you a few weeks (or a few days) down the road. Alright, how about we take a look at it on NOOKcolor instead? Sounds good! The folks at XDA Developers have you covered! Check it out.

You’ll see here below one of the worst videos EVER, but inside is 2 minutes of booting to Android 3.0 Honeycomb. Not much to see inside of course, but heck! It’s a tasty treat on a magical device.