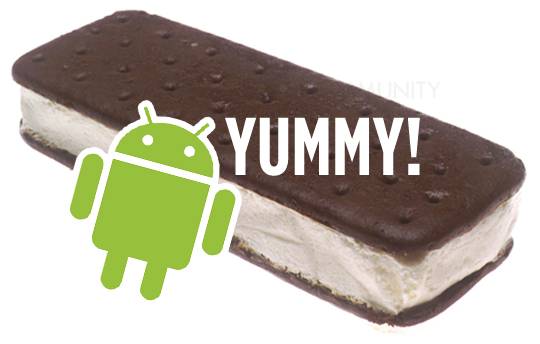 Oh Jason Kincaid, you lucky fellow. Kincaid is a writer for TechCrunch, and has firsthand heard (from no less than Andy Rubin, the Android chief) that the next version of Android (we’re thinking 2.4) will be called Ice Cream Sandwich. Up until now we weren’t sure what it’d be called at all, with best guesses being Ice Cream because of the whole alphabetical order deal (Donut, Eclair, Froyo, Gingerbread, Honeycomb, and now Ice Cream.) This factoid was brought to the world via a simple passing conversation. Wild.

Kincaid and his pal Michael Arrington had been having a conversation with Andy Rubin about the Nexus S which came out recently of course, and the name just sort of… came up. How about that. Also I like how Kincaid is noting how because it’d be difficult to differentiate between images of Froyo (frozen yogurt) and Ice Cream, they more than likely decided on Ice Cream Sandwich – everyone knows what that is. Get ready for the simplest giant sculpture of them all.