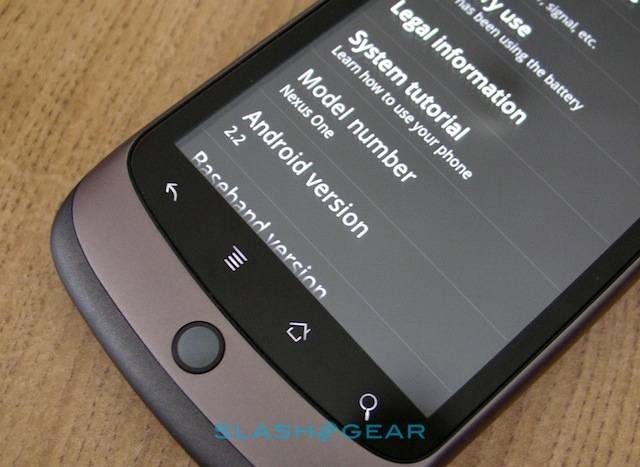 Google has officially released Android 2.2 Froyo for the Nexus One, with OTA updates beginning this week.  The new firmware brings with it WiFi tethering support together with a significant speed boost for the Snapdragon-based smartphone.

The release comes after several weeks of unofficial leaked builds floating around the internet, sourced from Google but, according to the company, not the final code.  In addition to Google’s own feature changes, Froyo also opens up the door for Adobe Flash 10.1 support in the Android browser.

Nexus One owners should see an update notification in the phone’s menu bar, and Google say the update is expected to go out to most users by the end of the week.  Alternatively you can download Android 2.2. Froyo FRF85 from this direct Google link.