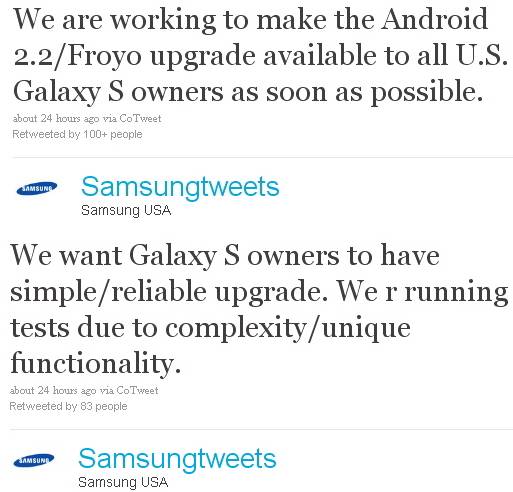 It’s well known that Samsung USA hasn’t been exactly highly focused on bringing Android 2.2 to it’s range of Galaxy S devices. Users in the US have been waiting for many months, even through other countries receiving the update. Good news, though, Samsung has just tweeted that the Android 2.2 update will be coming “as soon as possible.”

The reason for the delay was said to be due to complexity and unique functionality and Samsung wants its users to have a simple and reliable upgrade. Although Android 2.2 is no longer the “Golden Standard” when it comes to the Android operating system, users will still be thankful for the update that they have been waiting far too long for.

Let’s just hope that “as soon as possible” ends up being within a few weeks.