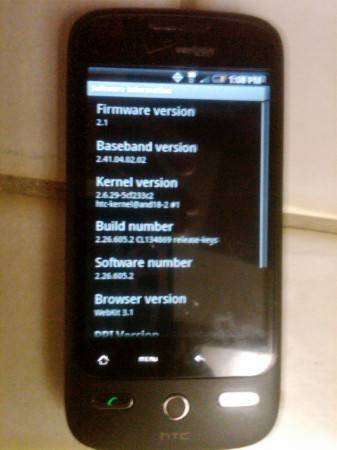 While we haven’t been able to fully confirm yet, evidence of the Droid Eris finally receiving an update (OTA, and Android 2.1 for that matter) has surfaced moments ago, and backed up by more than a few web denizens.

Reportedly, the update neglects the Sense UI, as well as users experiencing data loss and Google log-in issues.  Verizon announced recently that the Eris would be updated to a newer version of Android sometime in Q1, but this is evidently not the final version of the update.  Since the final version won’t clear out all your data, right?  Maybe (hopefully) even add back Sense UI? 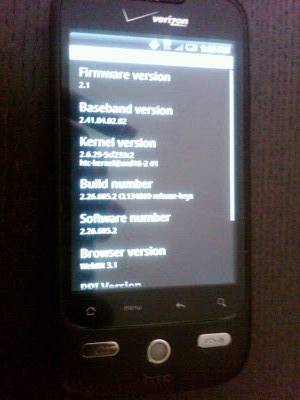 Update: A youtube video sourced from Android Forums has just surfaced, and Sense UI is indeed alive and well on the Eris.