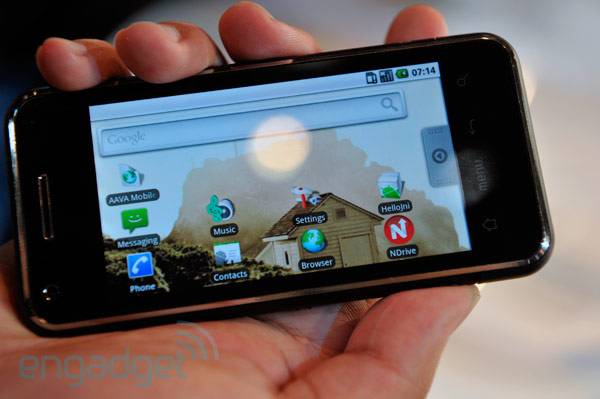 Intel had their new Atom processor on display at this year’s Computex, Engadget had a few representatives at the expo where they got some hands on time with multiple different Android devices. One of which is this handset powered by Intel first chip designed for Android. The prototype phone used in this demo was manufactured by a company called Aava.

There’s nothing groundbreaking to see in the video posted by Engadget other than proof of concept. The handset didn’t appear to be faster than the latest “Superphones” that have been released recently. In fact, they said it’s not as fast as a Snapdragon. This is Intel’s first dance with android and the handset isn’t a finally build. Knowing how Intel works, they will get the hang of how Android handles things and should come up with something really well.